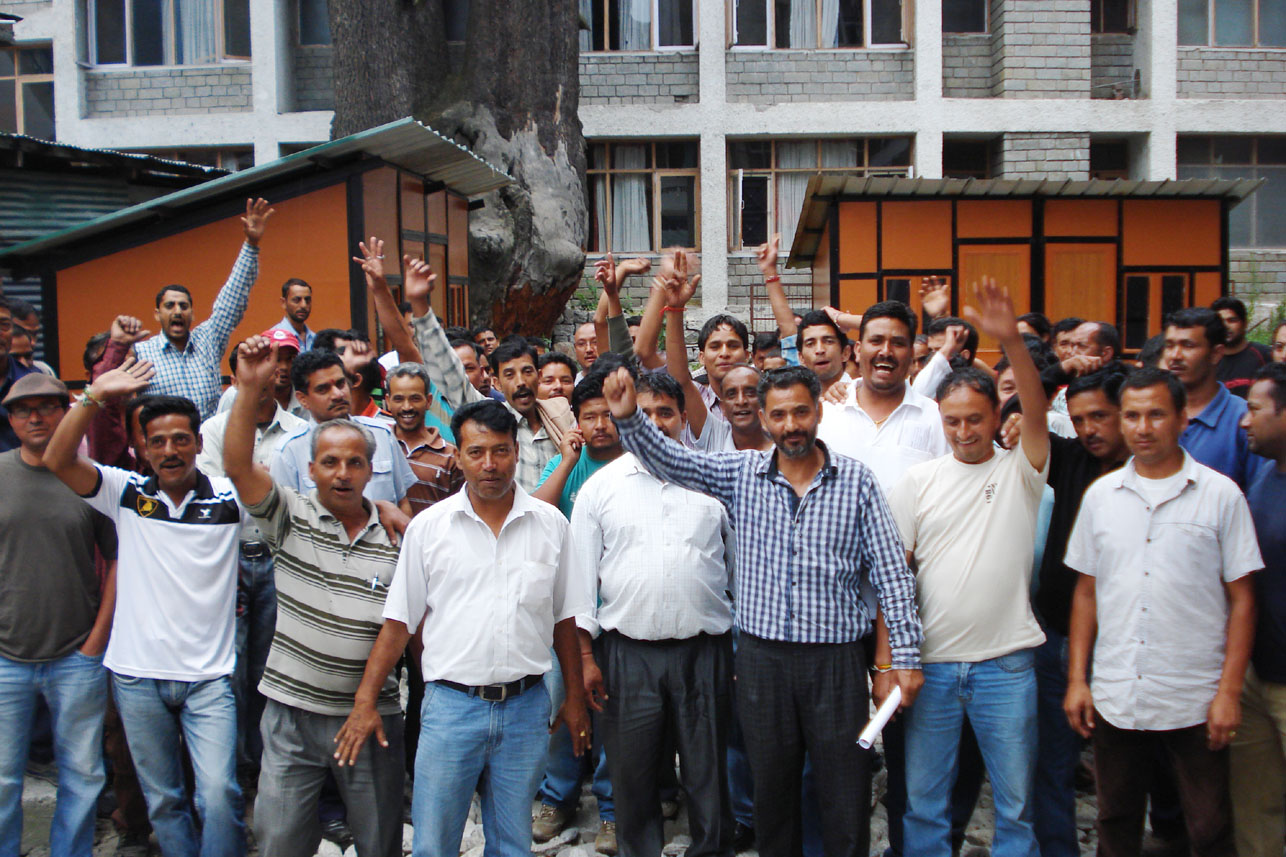 Manali: Tension prevailed in the tourist township after there was a clash between taxi operators and defense personnel working with Border Roads Organization (BRO) at Marhi yesterday that had taxi owners holding a protest demonstration here today.

Shouting slogans against the police and BRO, the taxi operators demanding the seizure of BRO vehicles and arrest of personnel involved in the incident. They held a protest march from the taxi stand to the police station.

Police had a difficult time to contain the rowdy crowd.

On being produced before the local judge the three were remanded to three days judicial custody today.

However, the taxi drivers continued to protest and have threatened to cause a complete traffic jam tomorrow should the police not act against more BRO men, who have been accused of assaulting them.

Puran Chand Thakur, president of the local taxi union said, “The police are attempting to hoodwink us by arresting laborers and not the BRO men who had assaulted the taxi operators yesterday.”

“Unless the real culprits are booked we will bring resort to a complete traffic jam of September 12,” he said.