New Delhi: He may be playing second lead in the popular TV show “Diya Aur Baati Hum” but Gautam Gulati is happy with his supporting role and says his ultimate dream is to work in films. In fact, he has already finished shooting for his first movie “Siddhartha – The Buddha”. 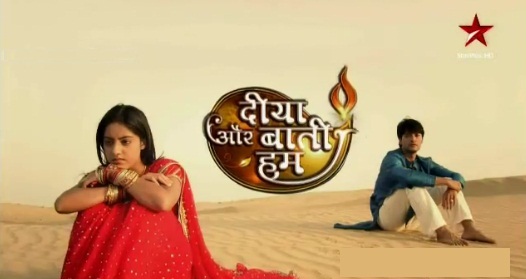 Star Plus’ show “Diya Aur Baati Hum” is about Sandhya, who dreams about becoming an IPS officer. After her parents’ death, her brother forces her to marry sweetshop owner Sooraj. Gautam plays protagonist Sooraj’s younger brother.

“I don’t like to play the main lead. I am happy with the supporting role. I believe if you are seen too much on small screen, then the chance of getting good roles in films is difficult. When the audience can watch you on the small screen for free, why would they spend money to see you in films,” Gautam told IANS over the phone.

“Television and television roles are just a base for me to get into films,” he added.

His debut film “Siddhartha – The Buddha” is based on the life of Buddha.

“I have finished shooting for the film in Colombo. I play the negative lead in it. The movie will be in two languages – English and Sinhala. It will be released only in SAARC (South Asian Association for Regional Cooperation) countries.

“I will soon be going to London for script reading of some other movies,” said Gautam, who made his acting debut with Ekta Kapoor’s popular show “Kasamh Se”.

Why haven’t we heard him talking about “Siddhartha…”?

“I don’t like to show off so I have not talked about it. I believe if you are doing good work automatically people will get to know about it,” he said.

Gautam, who has been born and brought up in Delhi and is a Delhi University graduate, said: “I always dreamt of becoming an actor. Even my mother wanted me to be an actor…I am not a trained actor…I attended Shiamak Davar’s dance school for two years.

“My mother is happy with the way my career is shaping up but she will be happier when I get a Bollywood movie,” said the actor, who has shifted base to Mumbai and is looking to visit home for his brother’s wedding in October.