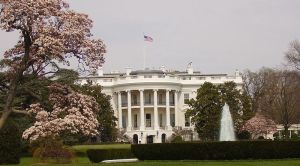 “We deserve a president who won’t sacrifice American jobs and American workers to pacify the bullying union bosses he counts as political allies,” said the rising Republican star, hours after the party’s national convention in Tampa, Florida, anointed Romney to challenge Obama in the Nov 6 election.

“American businesses deserve a federal government that doesn’t stand in their way, not one that tries to chase them overseas,” said Haley, born Nimrata Nikki Randhawa, recounting how her Sikh parents moved to the US from India and built a multi-million dollar business.

“And that’s why this governor will not stop fighting until we send him home, back to Chicago, and send Mitt and Ann Romney to 1600 Pennsylvania Avenue,” added Haley, who with Louisiana’s Indian-American governor Bobby Jindal was chosen as a ‘headliner’ at the convention.

Jindal, however, skipped the convention as hurricane Isaac hit his home state Tuesday.

Earlier, to roaring cheers, the delegation from New Jersey put the former Massachusetts governor Romney above the 1,144-delegate threshold. His running mate, Paul Ryan, a member of US Congress from Wisconsin, was then approved by acclamation.

They will be formally nominated on the last day of the convention Thursday.

The 2,200-plus convention delegates also approved a conservative platform that opposed same-sex marriage and endorsed a “human life amendment” to ban abortion with no specific exceptions for cases of rape, incest or when the mother’s life is threatened.

Like Haley, many other speakers too accused Obama of failed leadership and undermining the American dream stressing how as descendants of immigrants they worked hard to achieve success for their families and never expected government help or handouts.

Romney’s wife, Ann, repeatedly referred to her first date with the man she fell in love with in, urging Americans to trust him to fix the nation’s problems.

Touching on issues considered vulnerabilities for her husband — support from women, his personal wealth — she encouraged people to look closely at his record and get to know him for the warm and loving man she met at a high school dance.