The news about Anna Hazare’s desire to float a political party caught fire as quickly as his decision to disband the core committee. This, just after the latter’s call out to the public to decide upon the party candidates. 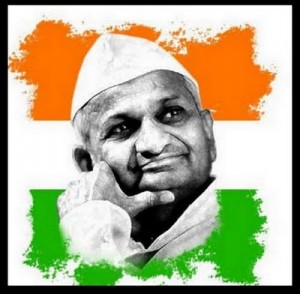 Within just few days after officially announcing his entry into politics, the anti-corruption crusader blogged, “We’re stopping the activities of Team Anna today. It was formed to fight for Jan Lokpal… Now people have asked us to leave fasting and give a political alternative.”

The recent comment from Hazare has yet again, made the differences within the 25 member committee quite apparent. An ignorant Kiran Bedi expressed her disappointment over the move on Twitter with a tweet, “Read Anna’s blog. Do not know what all it means? For we all had very useful preparatory meeting with Annaji wherein he gave useful guidance!”To come up with such an important decision without informing its members makes one wonder if there are enough voices in the team.

Well, whatever maybe the case,  by taking the liberty of still calling it as Team Anna while secretly hoping that he turns his back over the infamous words, let’s assume for a while that ‘Anna’s Political party’ sees the light of the day.

Going by the existing disparities within the members, the thought of helping the party in selecting its candidates quite overpowered me. Listed below could be some of the requirements of the proposed ‘political party.’ Although the article claims to have thousand wishes, due to natural limitations, the list has been reduced to ten. (Read with a light heart, no offence meant.)

– – Fasting should clearly be your forte. An increase in the number of days of fasting in your profile is directly proportional to your chance of being selected.

– – You should abhor from drinking any alcoholic substance. Water should be your sole source of inspiration when it comes to drinking. In fact, you must also stop drinking cough syrups as they have minimal amount of alcohol in them.

– – It is very important for you to read the newspapers everyday and follow Anna Hazare’s blog for that shall be the only way for you to know the current activities and comments that are made by the party.

– – As a sincere party member, you must know each and every rule of the proposed Lokpal. Although it is understandable if you have little idea about the rest of the matters of concern.

– – You should be comfortable with the idea of fasting at Jantar Mantar since it is the birthplace of the Lokpal movement.  But it would be nice if you will be liberal enough to adopt ‘any grounds’ so as to put the Government on ransom.

– – The characteristic ‘Anna Topi’ is not only the symbol but the pride of the party. Hence, it is imperative for you to wear it at all times. You can remove it only at a time when you are sleeping.

– – The subject, issues and conditions for holding the fast are subjected to abrupt changes. Please be flexible enough to adopt them.

– – You should be open to the idea of ‘uncertainty.’ Aspiring candidates, if selected, must bear in mind that the party will function on the principles of ‘effective decision-making.’

– – Should you feel right, do not show any leniency in ‘distancing’ yourself from any allegations that are made against your fellow members. A prior meeting with the members themselves for clearing out the issues will not be considered necessary.

– – Last, but not the least, the party itself is a medium of people’s message and participation. Hence it is necessary to have a ‘public voice’ behind every move.  You will be expected to be proactive in order to conduct rallies and protests at regular intervals, but the emphasis will be on peaceful dharnas.

We look forward to your support.