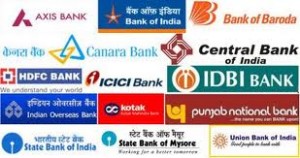 Mumbai: Business and commercial activities across India were paralysed today as employees of public sector and private banks went on a two-day strike to protest proposed amendments in banking regulations and outsourcing of jobs.

Among other things, the employees are protesting the government’s move to amend the banking laws bill, presently pending before parliament and scheduled for discussions Aug 23 and 24, United Forum of Banking Unions convener Ravi Shetty said.

Normal banking activities were crippled in all state run and some private banks.

Among the operations hit were normal in-house across the counter services for ordinary customers, foreign exchange transactions, export-import and local bills, clearing of all types of cheques, bank lockers operations, capital markets and other activities carried out through banks.

Over 10,000 bank employees will hold a rally at Azad Maidan Wednesday afternoon in support of their demands, Utagi said.

“They are aimed at merger of banks, allowing more private and foreign capital into banks, unrestricted voting rights, decision to grant licences to corporate houses to start new banks. They are intended to hand over the Indian private sector banking to multinational banks and increasing presence of Indian corporate and foreign direct investment in public sector banks,” Utagi said.

The outcome of the proposed measures, he said, would be the closure of rural bank branches and lead to opening of ultra-small branches, thereby privatising rural banking operations through contractual business.

The strike is also opposing outsourcing of work to outside agencies, and other ‘anti-labour’ policies which would jeopardise jobs in the banking sector and undermine collective bargaining strength of the employees.