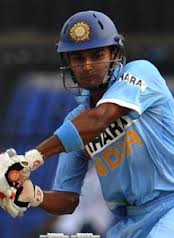 Laxman Saturday ended all speculation about his career by announcing his retirement from international cricket with immediate effect, barely a week after he was named in the squad.

It was being speculated that the genial Hyderabadi would announce his retirement after playing the first Test against the Black Caps at home or after the series.