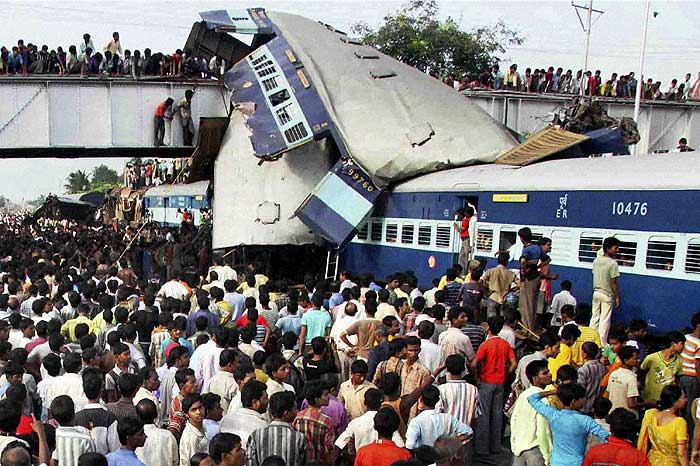 The accident occurred at an unmanned level-crossing on the outskirts of Sambalpur district headquarters, about 320 km from here, when the auto, packed with around 18 agricultural workers, was crossing the tracks.

While 12 women died on the spot, the driver of the auto died on way to hospital.

The auto was hit by the Rourkela-Bhubaneswar Intercity Express.

The injured have been taken to a hospital, chief of the local police station P.K. Rout said.

Odisha has 527 manned and 659 unmanned level-crossings.

On an average, around six people get killed in the state every year in the level-crossing accidents, East Coast Railways (ECoR) chief public relations officer R.N. Mohapatra said.

Friday’s accident was the first level-crossing related accident in the state so far this year, he added.

Railways has been taking steps to convert unmanned level-crossings in the state into manned ones in a phased manner – beginning with 63 such conversions this year, Mohapatra said.