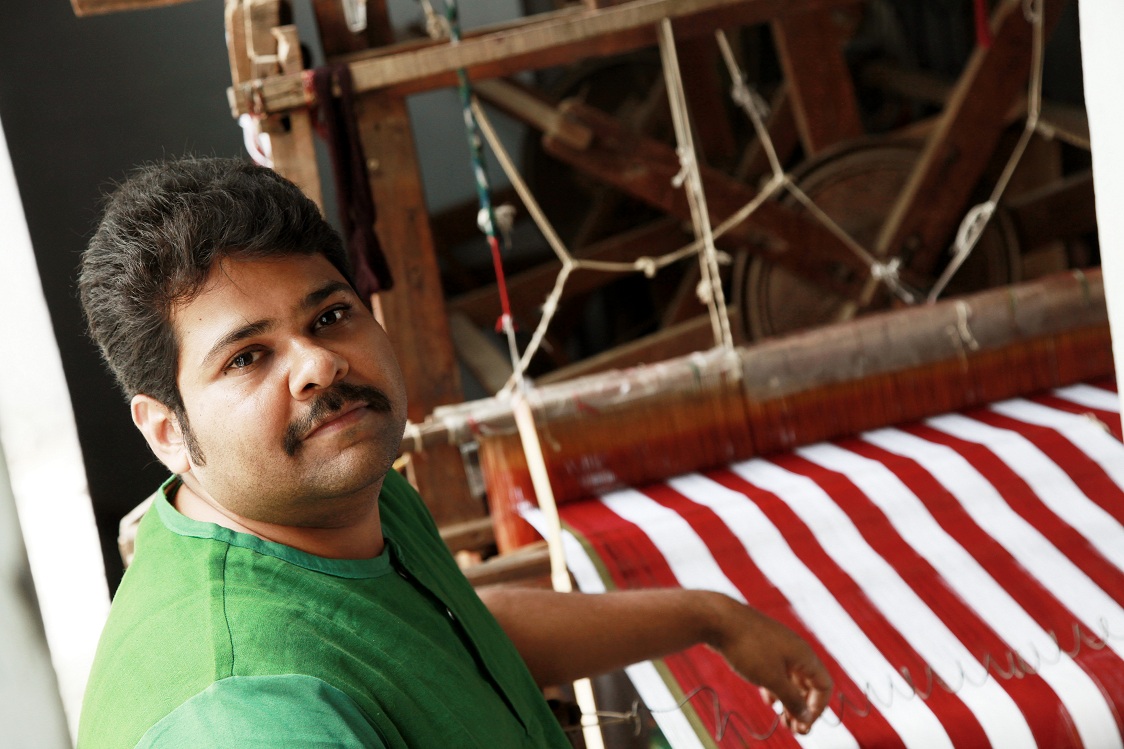 New Delhi: At a time when traditional handlooms are fading into oblivion due to growing popularity of embroidered saris in fabrics like georgette and chiffon, designer Gaurang Shah joined forces with 250 weavers to revive the craft, especially khadi. He says it’s been a “challenge” in the modern world.

He is set to showcase an Indian collection at Berlin this year and hopes to charm the international fashion world with the traditional weave.

Way back in 2001 when weaver communities were mired in debt traps and hunger deaths because of fading demand of handloom textiles and increased popularity of chiffons and georgettes, I took up the challenge of reviving the traditional handlooms and bringing them back in vogue. It took years to regain the popularity for the handlooms,” said Shah.

“I personally love khadi. I saw its interest was almost fading, so I wanted to preserve it for the future because it is one of the essence of true India. I took up the challenge and put all my resources and energy to revive this art of making khadi saris hand-woven finely,” he added.

Khadi, a fabric popularised by Mahatma Gandhi during India’s independence movement, is considered restrictive in terms of its coarse texture, minimalistic designs and basic colours.

But Shah has transformed the total outlook.

The designer, who also participated in the Lakme Fashion Week (LFW) summer-resort 2012, feels it is essential to give khadi a contemporary touch to cater to today’s generation.

“We have exhibited only khadi collections in each show, and each time it was presented with a different approach so that it catches the imagination of the people. We have given a completely different dimension to khadi saris by creating more contemporary designs than the very typical type that we often relate with khadi saris,” said Shah.

He also works closely with traditional hand embroideries like Parsi, Kashmiri, Chikankari and Kutchi on handloom sarees with a subtle and sensible contemporary flair.

He also supports 250 handloom weavers across India in Andhra Pradesh, Maharashtra, Tamil Nadu and Uttar Pradesh. He feels the only way to revive the craft is to educate the weavers about the current demand.

“Weavers who collaborate and work for me have a positive outlook as I am able to generate work for them in a consistent manner and challenge them with new designs that will attract interest from fashion lovers. This demands a lot of effort and understanding from both the ends.

“I imparted the right kind of training to them and weavers were also ready to accept change, learn and upgrade themselves to make create contemporary and intricate designs. On the other hand, weavers who are unwilling to change for good and look for easy money may continue to face hardships,” Shah said.

Shah feels proud that his work is being appreciated, and he has bagged a chance to represent India at the Eco-Designers Lavera Showfloor in Berlin July 5.

The show is one of the biggest eco and sustainable fashion event in the world.

“The organisers of Berlin Fashion Week liked our collection in LFW, especially our creations in khadi, blended and woven with nature as background. They thought my work perfectly weaves into their idea of eco-friendliness in fashion and invited us to showcase at The Lavera Showfloor,” he said.

Talking about his collection, he said he will only use handloom.

“I will be showcasing a specially designed collection of 24 outfits in khadi, kota and organza. Out of them, three will be saris and the remaining will be Indo-western outfits with Jamdani weave and Parsi-chikankari embroidery.

“We hope the fashion lovers from across the world will get to see this finest craft in beautiful designs and drapes of the saris,” he said.

Ecstatic with the way things are shaping up in his life, Shah has a complaint with the Indian fashion industry.

“Somehow designers here fear to take risks. Designers prefer experimenting in whatever is in trend already rather than introducing something completely different in style and look. There are only very few who support Indian handloom and textiles, which is disheartening,” he said.