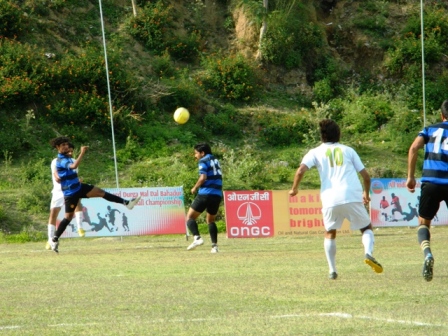 Virender Singh form DFA Hoshiarpur struck in the 6th minute of the match to overcome the challenge by last year’s wining team KCF Kapurthala at the tournament.

In all 14 teams from all over India participated in the tournament. 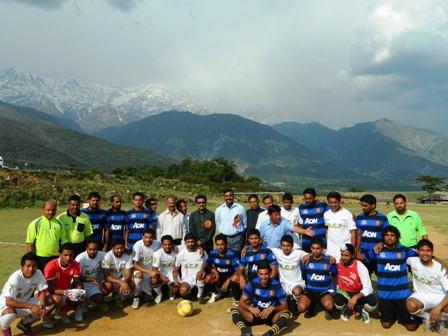 In the semi-final the Kapurthala team beat Union Bank of India, Mumbai 4-3 in a hard fought tie breaker match whereas the Hoshiarpur team beat RCF Mumbai 1-0 to find a berth in the finals.

For individual performances, Gurmeet Singh of DFA Hoshiarpur was declared the best goal keeper and Deepak Kirmani of UBI Mumbai was adjudged the best player of the championship.

For fair play throughout the tournament, UBI Mumbai was awarded a trophy.

The prizes were given away by Brigadier Govind Singh Rathore. Speaking on the occasion he said, “Dharamshala is fast emerging as a sports city.”