Lucknow : The nine-day Navratri festival that has traditionally spelt detoxification time is now leaving many souls drooling, with tempting and unheard of recipes on the fasting platter in Lucknow, known for its foodie tag.

For years, people have followed a strict regimen of makhana, kuttu aata pooris and sabudaana khichdi during Navratri that is on from March 23 to April 1. 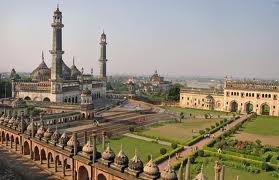 Eateries are busy experimenting with the fasting menu. Famous restaurants like Aryans, Ritz and Royal Cafe are serving special platters at rates between Rs.150 and Rs.250, depending on the quantity and add-ons.

Then there are mini thalis for the health freaks. One can get these mini-meals for between Rs.70 and Rs.90.

“It is not just quantity but also quality,” admits S.C. Mishra, an octogenarian resident who is fasting for Navratri. He admits that his fast – which he has observed for the last 34 years – is facing a stiff challenge in the wake of the “menu at local restaurants”.

Fasting has become a “difficult” if not an “impossible proposition”, he says about the festival that is considered auspicious and involves the worship of goddess Durga. During Navratri, many Hindus follow a strict vegetarian diet.

The Moti Mahal, a must visit place in the busy Hazratganj commercial area of Lucnow, is offering lotus nuts, sabudana khichdi and special vrat curd – and all of it is selling like hot cakes.

“The demand is growing and we are doing brisk business,” the manager said .

Sensing the success of ‘fast food’ during the religious nine days, hundreds of makeshift eateries have mushroomed by the roadside across the city, serving affordable and a variety of food that find many takers among employees from government offices.

One such eatery outside Jawahar Bhawan – housing around 50 government departments – churns out as many as “200-300” plates of fast food in a day. Ramu, its owner, says while he sells kebab rolls on regular days, right now it is the fasting platter that is a big hit.

“The novelty of the food items is an additional attraction,” admits Mata Prasad, the owner of a big sweet shop in Aliganj.

Agrees Saurabh Gupta, the owner of another sweet shop at Puraniya who has hired special cooks from Jaipur, saying: “We do a lot of research on the special food and employ special cooks for the nine days.”

With such gastronomical delights up for grabs, no wonder fasting has turned into a time for feasting in the land of Nawabs.
IANS