Shimla : HLP leader Mohinder Sofat on Friday accused the Himachal Pradesh health minister Rajiv Bindal of misleading the public and the election commission about his property and wealth details. 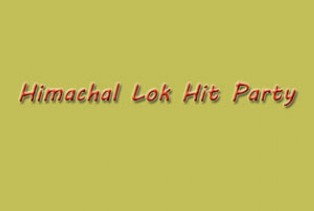 “Bindal’s recent public disclosure of his property and wealth is incomplete . He has in fact hidden a lot of information both from the election commission and the public ,” Sofat told reporters here .

Sofat distributed several documents to reporters to substantiate his charges against the health minister.

“Not only Bindal but his family and extended family have several patches of land and houses in Himachal Pradesh and other parts of the country , many of which have been acquired after he became an MLA and minister ,” he alleged .

“The public has a right to know his complete wealth details. But this can only be investigated by a CBI inquiry ,” Sofat added .

He said he was against a vigilance inquiry which may not be able to investigate the matter independently .

When asked why was he raising these charges now , Sofat explained that earlier as a BJP member he had raised all these matters with party high command and chief minister P.K.Dhumal but no action was taken .

Asked why he has not moved the state Lokayukta Sofat said , “The Lokayukta is toothless and has done nothing till date . “

“Some people who have lodged serious complaints with this judicial body have even died but nothing has been done to investigate the corruption charges raised by them.”

Several senior state leaders of the BJP recently quit the BJP to launch the HLP saying chief minister Dhumal and ministers like Bindal among others were encouraging corruption and illegal land transactions in the state .