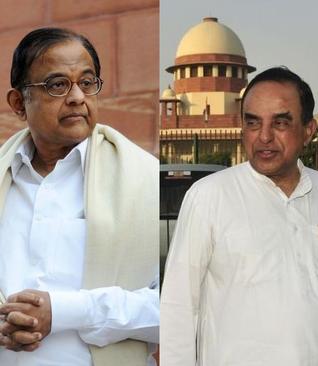 New Delhi : The never-say-die Janata Party chief Subramanian Swamy Saturday said he was surprised but not disappointed and would appeal against a trial court’s decision to dismiss his plea against Home Minister P. Chidambaram in the 2G spectrum allocation case.

“I am surprised…but not disappointed because this is part of the game,” Swamy told reporters here minutes after the order of Special CBI judge O.P. Saini dismissing his plea to make Chidambaram an accused in the 2G case.

“I will appeal in the high court and if need be I will go to the Supreme Court,” said Swamy.

He said his battle against corruption will continue and he continues to hold that Chidambaram, a former finance minister, should have been charged as co-accused in the scandal along with jailed former telecom minister A. Raja.

“I do not know what the arguments have been, but I had a very, very strong case. Both Chidambaram and Raja have together made the decisions.

“Now the question is whether there is criminality or not. How can Chidambaram be vindicated in one court unless he is vindicated in all the courts? So that is what is to be done,” he said.

Raja is in jail for the last one year for his alleged role in the 2G spectrum allocation case.

The Supreme Court had Thursday quashed all 122 licences for mobile phone services issued in 2008 during Raja’s tenure and left it to a trial court to decide on a possible probe into the role of Chidambaram, who was finance minister at that time.
IANS