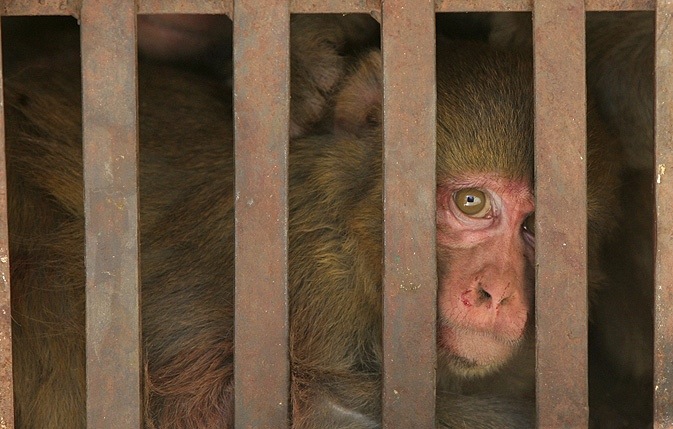 Noted activist Rajeshwar Negi has asked for a thorough probe by a competent judicial authority be conducted into the entire sterilization process and the resultant deaths of monkeys and misuse of allotted funds for such purpose .

Negi has also demanded the medical officer of the Gopalpur zoo be suspended immediately and an FIR be registered against him under the wild life protection act for willfully causing the death of these wild animals .

He has also demanded the chief wildlife warden of the state and other top officials be made accountable for non-performance and cruelty to animals be penalised .

â€œThis incident proves once again that the capture and sterilization of monkeys is highly flawed and a blatant violation of all provisions of the wild life protection act and the prevention of cruelty to animals ,â€ Negi said .

â€œThe state governmentâ€™s ill thought plan of offering a bounty of Rs 500 for each monkey brought for sterilization is fraught with mischievous implication and is responsible for the large number of death and disability caused to these hapless animals ,â€ he said .

â€œUntrained people are lured by easy money and resort to very crude and cruel methods to capture these animals , â€œ he alleged .

Negi said the entire exercise of conducting the census of monkeys and other wild animals is farcical and motivated .

This has led to exaggerated population figures causing hysteria and panic in the public by manipulated reports that they are causing huge loss to standing crops .

On the contrary the figures released by the agriculture department shows a consistent record increase in fruit , vegetable and food grains production over the past decade , Negi claimed .

He has further stated that there is no need to open 21 monkey sterilization centres(MSC) across the state entailing a cost of Rs 20 crore , as the two existing MSC centres are enough .

It maybe recalled that late last year the state government was so fed up with the monkey menace in the state that the state cabinet took a decision to go for mass sterilization of monkeys .

The state government has started paying Rs 500 for anybody who captures a monkey and hands the animal over to the staff of the sterilization centres . It is during this process media reports claimed 700 monkeys have died at the Gopalpur MSC .

The state government plans to sterilize all monkeys by the end of the year . According to one estimate there are around 3.5 lakh monkeys in the state .

Farmer bodies and the CPIM claim the booming numbers of monkeys in the past few years has caused huge loss to standing crops and farmers at many places have been forced to abandon farming .

Besides monkeys the other wild animals destroying crops are wild boars , blue bulls and stray cattle .