They say all good things come to an end , and this is exactly what happened to worldspace radio in India two years ago .

After the American company suddenly filed for bankruptcy the radio station services abruptly went silent on 31 Dec 2009 sending hard core fans like me into a silent depression .

I remained a worldspace listener for eight years . There were times when the radio remained on in my house
and work place during my entire waking hours .

An overwhelming 96 per cent of the listeners , almost half a million were in India where it was booming till the end before it went defunct . 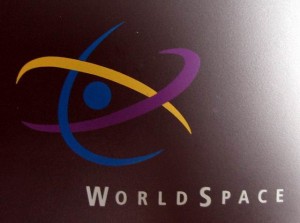 Besides , the high quality , the best thing about worldspace was that there were no advertisements as it was funded by subscriptions , making it unique in todayâ€™s world .

Compare this with todayâ€™s FM radio stations which have come up all over India .

But believe me if youâ€™ve been a wordspace fan the difference between worldspace and any FM station was like living in heaven and on earth . For music lovers the world seemed heaven like with worldspace streaming music .

Am surprised in the last two years nobody has tried to buy the company and relaunch it . Although of late there is some talk of reviving and relaunching it , but not on the old traditional worldspace radio sets with a satellite antenna but —— on mobile phones now .

But I suspect even if worldspace is relaunched some day it will never be the same again . The worldspace which shut down two years ago was too good to be real .

A new version would most likely be a diluted form of the original one . I only hope the revived wordspace doesnâ€™t sound like any loud , cheap and grossly commercial FM radio station —— instead I would rather remember the worldspace of old and live with that memory !