Kapurthala: Police late on Friday seized a small truck packed with liquor cases that were being illegally transported. 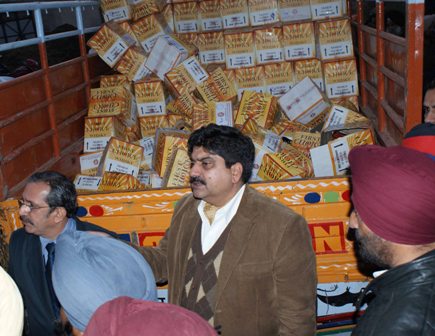 Being election time, the liquor is said to belong to Shiromani Akali Dal Bholath candidate Bibi Jagir Kaur and the police has registered a case against her and five others.

On directions from election commission to check movements of liquor in Punjab, police while checking out vehicles at a check post came across the small truck with 210 cases if liquor.

Media reports quoted Harbhajan Singh, SHO Bholath revealing that the driver on questioning said that the consignment belonged to one Yadwinder Singh Bunti, who happens to be a wine contractor and a nephew of Bibi Jagir Kaur.

While Bunti is said to have claimed that he had relevant documents for movement of the liquor consignment, excise officials who took the catch into possession, however, maintained that it was an illicit liquor consignment. 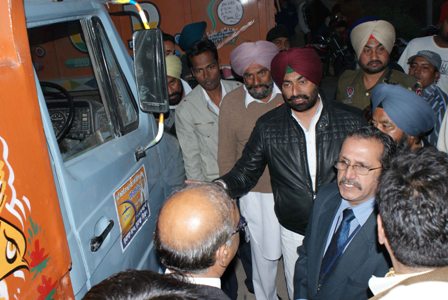 Congress candidate for Bholath, Sukhpal Khaira who reached the check post lashed out saying that the SAD was resorting to free flow of liquor in order to woo voters.