Dehra Dun : Seeing the increase in road accidents in Uttarakhand, transport department is mulling having all prospective youngsters buying a bike sign an affidavit for cautious driving before they are allowed to make the purchase and females seeking a driving license will have to undergo a mandatory two days training at schools specified by the Regional Transport Authority. 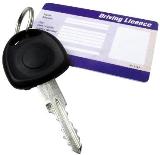 At a meeting of the transport department held here on yesterday, focus was on the increase of road accidents in the state and how best they could be controlled.

Majority opinion was that youngsters on two wheelers were a major factor and even the female drivers, did not come to the required standards. As such it was decided to put riders on both of them.

Youngsters now wanting to buy two wheelers in general and motor cycles in particular will have to give an affidavit. 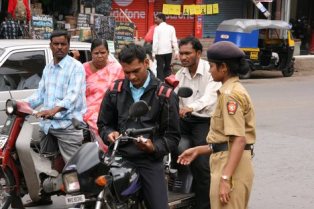 In the affidavit, they will undertake not to drive the vehicle at high speed; not have more than one pillion rider; will not modify the vehicles, will not perform stunts while driving on the roads; will not use mobile while driving and park their vehicles only in specified places.

The agencies of two wheelers will not be able to sell their vehicles till the said affidavit is shown.

The prospective buyers of the two wheelers will first have to give the affidavit to the transport department and show the photocopy to the dealers after which only they will get the two wheelers.

They will also have to keep the photocopy readily handy so that when asked by the cops, it can be shown.

And as for females seeking a driving license, the transport department has decided that they be asked to go mandatory two days training at specified driving colleges before the license is issued.

It is only after receiving a certificate of the two days mandatory training that the RTOs will issue driving licenses to the females.

Transport secretary R C Pathak said that concern was expressed at the increasing number of accidents in Uttarakhand over the years at the meeting, and opinion was that one of the reasons for the increase was that the drivers behind the steering wheel were not fully trained.

It was also felt that over speeding and other stunts by two wheeler drivers were also a cause of accidents, he added.