Shimla: Apple production in the apple producing states of the country may have fluctuated over the last three years, but imports are steadily rising and pose a threat to marketing of the domestic crop.

Responding to a Rajya Sabha question by parliamentarian Viplove Thakur, minister of state with charge of agriculture and food processing industries, Harish Rawat last week in a written reply disclosed that while the country apple production and exports fluctuated over the last three years, imports have been steadily rising. 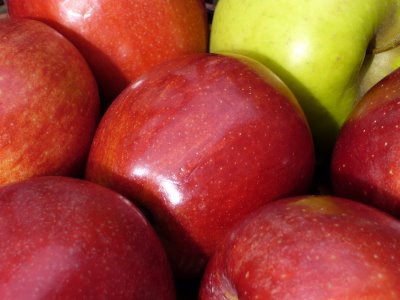 Rawat citing figures from Kolkata based Directorate General of Commercial Intelligence and Statistics in response to the parliamentarian from Himachal stated that the country imported 71,204 tons of apples in 2008-09 which was worth Rs 322.44 crore, in 2009-10 imports rose to 98,895 tons which was valued at Rs 434.60 crore and in 2010-11 despite a heavy production in the country, 134,577 tons of apples were imported at a value of Rs 622.67 crore.

Another thing the data placed in the Rajya Sabha revealed was the low value per metric ton of apples exported vis a vis the high price for the apples imported.

Regarding a question about low productivity in apple orchards of Himachal Pradesh, the minister cited the state government reports that about 13 percent (approximately 12,000 hectares) of orchards have old and senile trees standing on them causing some decline in productivity.

Under Horticulture Mission, 50 percent of subsidy to a maximum of Rs 15,000 limited to 2 hectares per beneficiary is being provided by the centre for rejuvenation or replacement of senile plantations, said the minister.

Besides the Himachal Pradesh government in 2010-11 has separately launched a Rs 80 â€˜Apple Rejuvenation Project for replanting 5000 hectares over a five year period with high yielding improve varieties, he said. 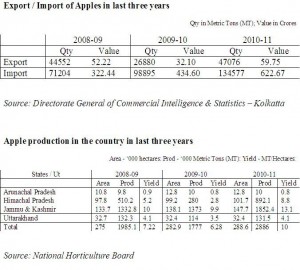