Dehra Dun : Man-animal conflict in the country is growing and tragically it is the animals, who can neither put their point of view nor form voting banks, who are at the receiving end. 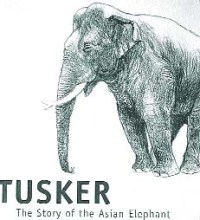 The tusker, which has made the forests in the Rsihikesh area of this district in Uttarakhand has been eventually declared a rogue and the chief wildlife warden has given directions that it be shot.

The tusker first came to light when it killed Nand Chamoli in the region on July 9. There after it has been responsible for killing four others, Bahadur on July 13, Abbal Singh Rawat on Oct 3, Bhagwati Prasad on Oct 6 and its latest victim being Om Prakash Rana driver of MLA from Narendranagar on Nov 8. The last victim happened to be his undoing.

Enraged that his driver had been killed the legislators took to the roads with hundreds of people from his region and blocked the Badrinath and Gangotri highway on Wednesday.

Hundreds of people put the body of Om Prakash Rana at the Bhadrakali Tiraha and blocked the road, forcing the traffic to go haywire and the forest department, convene an emergency meeting on the issue.

Deliberations on what should be done on the tusker lasted for six hours and with growing pressure of the legislator, hundreds of his followers and thousands of commuters stranded on the road of the blockade, the decision went against the tusker.

With the forest authorities conveying the message that they could not move the elephant to another forest even by tranquilising the animal, it was decided to shoot the tusker, as he was rogue.

It was made clear that rules as laid down in the Forest Wildlife Act 1972 and the amended section 11 of 2006 would be implemented in letter and spirit while killing the tusker.

It states that only an expert shikari registered with the forest department can kill the animal with a 375 bore rifle after shooting it on the forehead or the heart. More importantly the animal will have to be identified that it is the rogue tusker before it is killed. 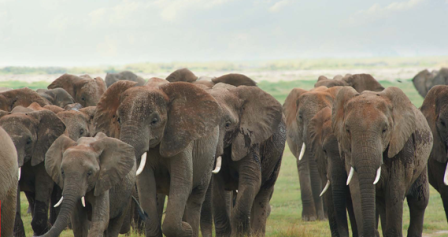 Though wildlife lovers in the region intended taking up cudgels for the tusker by pleading that it be tranquilised and shifted to another forest block in the trans-Ganga area, as had been done in 2004, when a similar rouge elephant was tranquilised and moved to the Rajaji Park from Hardwar.

Incidentally, the Dhalipur area was a thick forest once and was the abode of wild elephants in the past, but gradually as the forests were cut in the name of developmental projects, human settlements started coming over.

As such it is normal for elephants to move in the area, because they have been doing it for years but their presence now is irking the residents.

Informed sources in the forest department conceded that the 50-year-old tusker pronounced a rogue did not turn so over night.

Over the years, men have thrown boiling water at him, hit him with bricks and stones and raised a hue and cry whenever he has come near human habitation.

This is why the tusker gets infuriated on getting the smell of human being and attacks a man when he sees one, killing them.

But then who will listen to his side of the story and the one-sided verdict has already been delivered and signed.