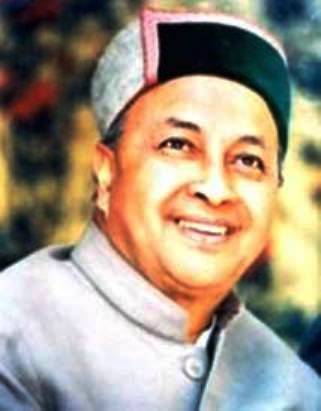 Shimla : The launch of his son into politics with a bang and pulverizing his opponents within the Congress , veteran Congress leader Virbhadra Singh has sent a clear message to the party that he is now a front runner when the party goes to the assembly polls a year from now in Himachal Pradesh .

Even though getting the top post of the youth Congress for his 22 year old son Vikramaditya Singh , still raw , untested and a novice . This move marks the continuation of family politics , so typical of the Congress and now even the BJP and other regional parties .

But the impressive victory of Vikramaditya despite opposition from top party leaders who supported the rival candidate cannot be denied . An election held for the first time to the youth Congress chiefâ€™s post makes it even more significant .

Singh has been sidelined by the high command from state politics after the Congress lost power in 2008 .The fielding of his son also shows that he can be a risk taker and if the move had failed he would have been down and out of Himachal politics . It also showed that he remains a mass leader with an ability to garner support when he needs it most .

This victory is also a setback for Kaul Singh , the Congress state unit chief who has disappointed his supporters for failing to emerge as an undisputed contender for the top post if the Congress returns to power .

In fact the brash and abrasive G.S.Bali deserves a pat on his back for fielding his son against Vikramaditya . He did not back off despite pressure and his son Raghubir Bali managed to poll 2434 votes against 5919 polled by Vikramaditya .

Baliâ€™s score looks impressive when you see the poor performance of the sitting IYC president Manmohan Katoch who came third and managed only 457 votes .

In fact this was the time for Kaul Singh , Vidya Stokes and their ilk to take on â€˜Rajaâ€™ as he is popularly known across the hill state , by not allowing him to squeeze his way back into state politics .

After capturing the top post of the Indian youth Congress for his son who is a political green horn , political pundits say it looks clear now that union minister Virbhadra Singh cannot be ignored when the state goes to the polls sometime towards the end of next year .

On the other hand it is also the last chance for Kaul Singh and Vidya Stokes to finally emerge as mass leaders and winners and take on the Virbhadra juggernaut as it crawls slowly and ruthlessly uphill from Delhi to Shimla , threatening to crush opposition not only from within the Congress but the ruling Dhumal led BJP !