Mumbai : Documenting the modus operandi of newspapers and television channels in soliciting advertisements in the garb of editorial content and earning huge amount of money in lieu was highlighted in a documentary screened here.

Organised by the Moneylife Foundation, the screening of “Brokering News” Friday evening was held to highlight the dark side of journalism replete with details on how news is bought and sold in print and electronic media by politicians, corporate houses, sportspersons and film personalities. 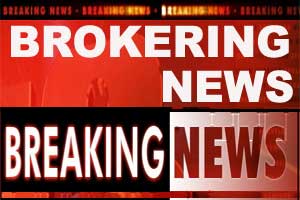 A former journalist, Aggrawal traces his career to the 1985 television show Newsline. He won a National Award for “The Whistle Blowers”, an investigative film on pesticides in bottled water and soft drinks, in 2007.

“Brokering News” packs in a lot of information and analysis in its narrative. Questions have been raised on the authenticity of news items which were, at that point in time, paid for with huge amounts.

The film that unfolds like a thriller portrays a corrupt but powerful system where big money is at stake. It also includes an interview of a former journalist from Kurukshetra in north India who was allegedly asked by his publication to generate income through paid news during elections in 2009.

In the interview he is seen revealing various documents as proof. The narrative also unfurls another instance.

“What is one supposed to think when one article, extolling the virtues of a politician, is carried by three newspapers under three bylines,” asks Aggarwal.

“If the people who make news think of it as a commercial product, it is time to ask a few questions,” says Aggarwal.

“News paid for by candidates during assembly and parliamentary elections should be considered an electoral malpractice that will attract two-year imprisonment,” Chief Election Commissioner S.Y. Quraishi was quoted as saying in the documentary.

The film also includes bits from television shows, photographs of different newspapers and snatches of interviews with eminent people in the media as well as editors to create a strong visual story.
IANS