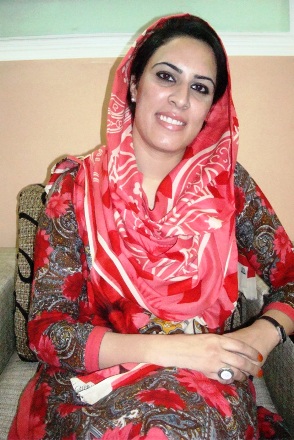 Sheela and Rayees Mohidin, two prominent theatre artists speak about their experiences of making it to finals of a reality show called as â€œIndia has got talentâ€ on a national TV channel Colors.Â  This is for the first time anyone from Kashmir from acting background has reached to the final stage of any reality show.

To find the journey of Rayees and Shiela from stage performance to Colors television an interview with Zahid Maqbool.

Q. Rayees Mohidin: Let us know about your education and professional life?

Ans: I am from Kellar village of South Kashmir. I did my basic education from local schools in Kellar. Then I joined Islamia College Srinagar for Bachelor of Computer applications (BCA) from 2002 to 2005. Then I joined SSM College of engineering in 2006 and completed in 2009. After that I got associated with media. I gave auditions for radio Kashmir Srinagar. For some time I worked as weather reader in DD Kashir. Then I moved to other local channels as news reader. In the meantime I created my own theatre group with some of my friends which is called Pied Piper. Then in May 2010 I joined Kashmir University as assistant cultural officer on contractual basis. 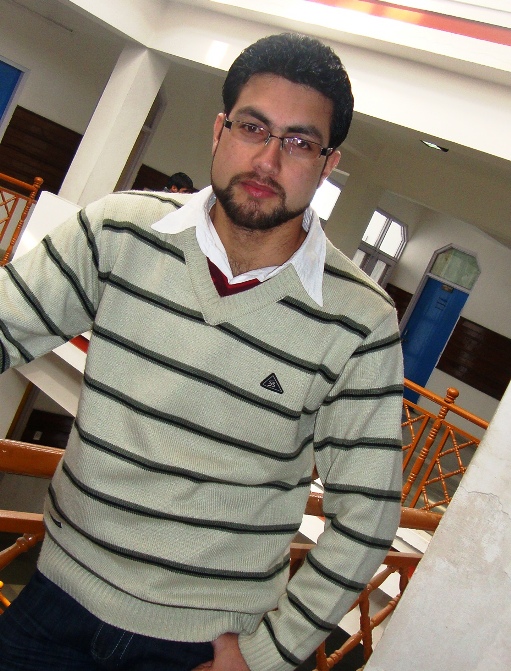 Q. What is your group Pied Piper all about?

Ans: Like the Pied Piper in story â€˜Pied Piper of Hamelinâ€™ which all of us are aware about, draws all the rats away from a country, I want to eradicate all the evils from our society with my art. I believe everyone should contribute in his own way for the betterment of the society. The CAUSE NGO provided us platform for doing our bit. Recently we participated in an event conducted by CAUSE against growing drug abuse in Kashmir. It was for the first time in history of Kashmir, a street play was organised at Lalchowk against social evils.

Q. Tell us something how you got into acting and most memorable moment of your career?

Ans: My first tryst with acting was in school when I acted in a stage performance there â€˜Yi kous Traethâ€™ (Cloud Burst). People liked it which gave me confidence. Whenever there was any function in school or college, I would perform. People appreciated my role. During my college days, a function was organised. I had to do mimicry of two and half minutes. While I was performing everyone in the hall was cheering and laughing loudly. I still remember the comment ofÂ the principal, G.M. Untoo. He told me that he has never laughed in life as he did that day. That was the day when I made up my mind about acting. I realized that it is acting where my future lies.

Q. Ms Sheela, we are also interested to know about your education and professional life.

Ans: I did my schooling from Malinson Girls School. Then I did my bachelorsâ€™ in arts from Womenâ€™s college M.A. road. After that I joined Kashmir University for M.A. Psychology in 2007. I have always been active in games and art. I have played taekwondo at district level. I have been captain of state â€˜throw ballâ€™ team. I have played throw ball at national level. Apart from throw ball I have also played standing Kho Kho at national level. From school days I have been participating in plays, small skits at school level. Then it was all for fun. There was nothing seriousness in it. But I loved it. I also do painting. I have won many awards for it. I still remember the award for my painting by then Chief Minister, Farooq Abdullah in 8th class.

Q. Many believe that it was only after ANHAD youth festival in 2007 that people began to recognize you as a promising theatre actor Rayees, how true is that?

Ans: Believe me, when I heard about ANHAD youth festival, I did not fill the form at first instance, when I saw people filling the participation forms who have twenty years of experience. Then on being insisted by my friends I participated. Those days power theft issue was becoming talk of the town. We choose that theme. It was group participation. Shehla was also there. I got best actor, best comic play award and best script award. It was all unexpected. When I was asked to say some words on the stage, I could not. I directly told them â€˜I have no wordsâ€™.

Q. How was ANHAD for you Ms Shehla?

Ans: I got noticed in Anhad youth festival. I got best actress award there. Nasserudin Sahab was also here. He later trained us for ten days. It was because of Naseer Sahab that I realized my talent. Then I start participating in university performances. People appreciated. It gave me confidence. Then I participated in skits, street plays with Kashmir University and many organizations. Later I performed with Rayees in most of the shows.

Q. Rayees Was â€˜India has got talentâ€™ your first performance at national level?

Ans: No, this was my second performance at national level. In 2007 I was selected for North zone youth festival Kanpur. I got third prize in mimicry there. Actually in 2007, Sunzal youth festival was organised by Kashmir university. All the colleges and departments of university participated. I was representing Kashmir SSM College Pattan. I got first position in skit and mimicry.

Â Q.Â Can you tell us briefly about your entry into â€˜India has got talentâ€™ on Colors television?

Ans: Let us tell you how it happened; we were performing on a cultural event for the NAAC team, who were on a visit to Kashmir University. After finishing our performance, a person introduced himself from colors and asked for permission to enlist our performance forÂ preliminary selection for â€˜India has got talentâ€™. We agreed, after some days we got a call and an e-mail from the organizers of event. Then we went to Mumbai for audition. There were 250 contestants in first round which shrank to 48 and then we make it to finals.

Q. Given the stereotypes associated with our society. How difficult was it for you Shehla to make a career in acting?

It was very difficult. No one supported me initially. Let me tell you when I participated in Anhad youth festival and got first position. I did not tell my parents about participation. Later I told them. They were furious about my decision. There was resentment against the move, but later parents supported me.

Q. Have you got any offer from any media group?

Ans: Yes, we are happy that we managed to get an offer from Sony music.Â  We signed a contract with them for three years. We are now waiting for more offers.

Â Q. Any comments or any words from judges you remember?

Ans: How can we forget the comment which was from none other than Darmendra ji.Â Â Whish was â€œmere samney comedy kay badshah khadey haiâ€ (Kings of comedy are standing before me). Another Judge said, â€œthat best thing about is that whatever you did, you did it in accordance with your culture and traditionâ€.

Q. Whom you will give credit for reaching to this stage?