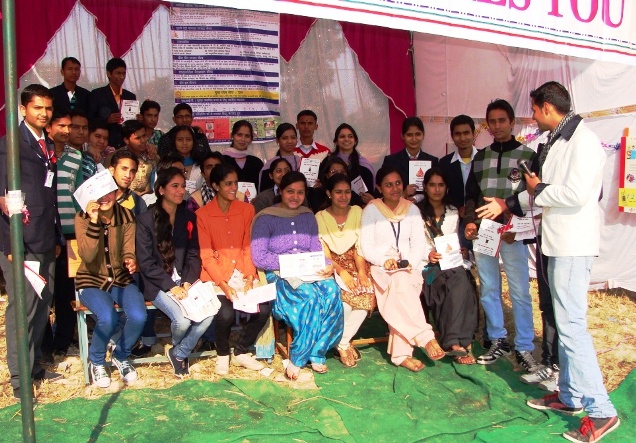 Dharamsala: Red Ribbon Club of Kangra has set out to have a ready blood donor directory that could be readily accessed by the needy for meeting out emergency requirements of patients and accidents victims.

The directory was launched at the Navrang youth festival at Dronacharya College, Rait by the HIV awareness club.

At the stall set up during the festival, more than 1200 young girls and boys from 25 colleges from the district visited the counter that had displayed out a red zero theme of AIDS Campaign, spreading the message of targeting Zero new HIV infections among youth through better awareness.

The Kangra ICTC led by Harbhajan Singh also conducted voluntary blood testing of the youth, in which 50 got their blood screening done.

At a quiz conducted about health awareness, especially which related to HIV, STI and blood donations, there were many participants. 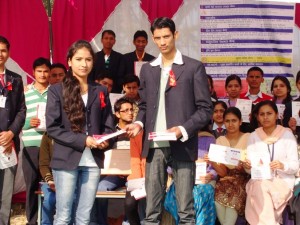 In the inter-college painting contest held during the youth festival, Sumit won the second prize with AIDS as the theme of the water colour painting.

The frame showed AIDS as a giant snake threatening to engulf the entire earth, leaving behind a message for the viewer that despite all the progress made, there was no time for complacency.

Youth of Red Ribbon Club Gian Jyoti B Ed College Rajol presented a mime on HIV risk among youth, and gave the message that ignorance is a big challenge, so we should all talk openly.

Navrang Nitesh Rana, president of the club said that it helped to create an environment of openness among youth, which could help to discuss topics which otherwise they were shy of talking.

Charu Kaushal, nodal officer of the club advocated that mutual respect was important for having a discrimination free environment for HIV and AIDS infected to develop responsible and healthy relationships for them and society at large. 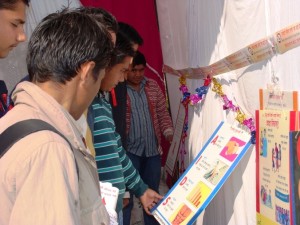 Dr RK Sood, district AIDS program officer on the occasion said that to tackle the challenge containing the spread of the dreaded disease among theÂ youth, the best approachÂ was to enlist young people who can communicate with their peers and Red ribbon Clubs were playing a lead role in doing so.