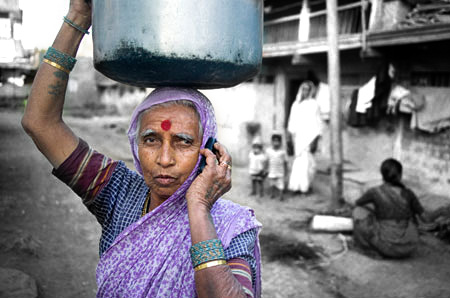 “Mobile device sales in India are forecast to reach 231 million units in 2012, an increase of 8.5 percent over 2011 sales of 213 million units. The mobile handset market is expected to show steady growth through 2015 when end user sales will surpass 322 million units,” said a study by research and advisory firm Gartner Inc.

“The Indian mobile device market is driven by the lowest call rates in the world and dominated by low-cost devices, which account for 75 percent of overall sales in India in 2011,” it added.

According to the research firm, the Indian mobile device market is very competitive with more than 150 manufacturers selling devices to consumers.

“The big global brands will continue to face competition from local and Chinese brands as some of these brands are building capabilities to compete at a larger level covering broader consumer segments,” said Anshul Gupta, principal research analyst at Gartner.

“G’five, Karbonn Mobile and Micromax occupied third, fourth, and fifth positions after Nokia and Samsung in the third quarter,” he added.

India, accounting for approximately 12 percent of worldwide sales, is an important market for device manufacturers, with aspirations to grow their global market share.

Due to its sheer size and open market which allows the mobile devices to be sold independently of cellular connection, it has attracted many global mobile device manufacturers. Manufacturers also are competing against many brands in the black markets who are selling without invoices.

“The entry of Indian mobile handset players focusing on low-end, value conscious consumers has intensified competition in the Indian mobile device market. The average selling price of a mobile device is approximately $45, with 75 percent of devices sold costing below $75,” Gupta said.

“Smartphone sales in India made up six percent of total device sales in the first three quarters of 2011, and this share is expected to increase to eight percent in 2012,” he added.
IANS