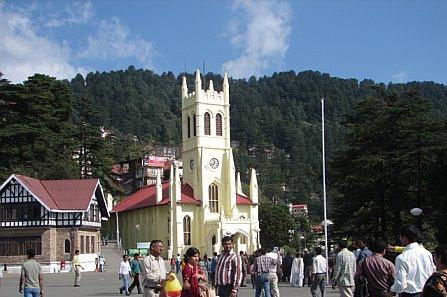 Shimla : Temperatures in the last couple of days have been several degrees above normal in the popular tourist destination of Shimla and most other tourist hill resorts across Himachal Pradesh , Uttarakhand and Jammu & Kashmir .

But Manali recorded a cold night as the minimum temperature fell to 3 C while the maximum rose to 16.6 C .

The weather office says a fresh western disturbance lies over north Pakistan and adjoining Jammu & Kashmir with possibility of snowfall over some parts of the valley .

Temperature are likely to remain above normal over the rest of India for the next 48 hours and drop after that .