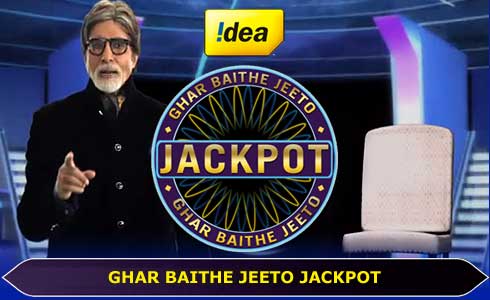 New Delhi : “Kaun Banega Crorepati 5” saw a bevy of stars, but it was the common man’s dreams, desires, aspirations and emotions that took centrestage and helped it in recording the highest TVRs this year. It came to an end in a special two-hour episode Thursday night leaving host Amitabh Bachchan emotional and participants jubilant, thanks to their dream wins.

Four months of drama, emotion, excitement and exhilaration gave Amitabh a special opportunity to meet the real India and the game show became a rare window to show talent hidden in the dusty background.

If Amitabh’s humility and friendliness towards the participants has widened his fan club, it has also left some special memories in the megastar’s heart.

After promoting the philosophy “Koi Sawaal Chhota Nahi Hota”, the fifth season, which went on air Aug 15, chose to travel to hinterland to pick sharp minds and dig deeper into human emotions with the tag “Koi Insaan Chhota Nahi Hota”.

Though the 69-year-old met people of different walks of life in previous season, the latest season turned out special for him.

What tugged at Big B’s heartstrings was the contestants’ simplicity, innocence, honesty and struggle. Thanks to Amitabh’s warmth and humbleness, the contestants found an instant connect with the Hindi movies’ “Angry Young Man”.

Most of the contestants didn’t come with big dreams – their aim was to either buy a house of their own or to win enough money to secure their children’s future or pay off debts.

The season was indeed high on emotional quotient especially because Amitabh left no stone unturned to make his contestants feel special by happily fulfilling their wishes in whichever way he could.

Whether it was opening the roza of wheel-chair bound Yusuf Mallu from Banswara (Rajasthan) or extending a helping hand to Aparna Malikar, a 27-year-old widow from Vara-Kawatha in Maharashtra’s Yavatmal district – although she won Rs.640,000, Big B decided to give an additional Rs.50,000 from his side – he did it all.

The top prize winners of the show have been lower middle-class or middle-class people, whose ecstasy and joy hit the roof when they won the jackpot and Big B celebrated their win with same fervour.

The winner of the top prize of Rs.5 crore, Sushil Kumar, from Bihar was from the lower middle-class and was earning a mere Rs.6,000 per month as a computer operator.

After Sushil Kumar, another success story was written by Anil Kumar Sinha from Patna, who won Rs.1 crore.

Amita Singh Tomer, who works as a deputy revenue officer in Dewas district in Madhya Pradesh, walked away with Rs.50 lakh.

The makers of the show decided to travel from the urban set up to the interiors of the country and their plan worked. “Kaun Banega Crorepati 5” became the highest rated non-fiction programme on Indian television, registering 7.2 TVR (Television Rating) and 8 TVR for two episodes when Sushil Kumar won the Rs.5 crore jackpot.

The show saw contestants from villages and districts like Imli Kheda in Madhya Pradesh, Lastala in Orissa, Kunja Bahadurpur in Uttrakhand, and Ubarpur in Uttar Pradesh among others, places that very few people would know.