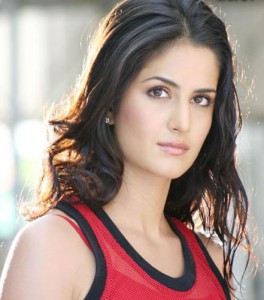 Mumbai : Bollywood actress Katrina Kaif’s name has emerged on top among the most dangerous celebrity-related key words in the Indian cyber space that expose computers to malicious software, according to a report for internet security company McAfee.

The company researched through popular cultures and famous people including sportsmen, actors and politicians across the web to reveal the ‘Most Dangerous Indian Celebrity’.

Actresses Deepika Padukone and Kareena Kapoor took the next two spots after Katrina.

Commenting on the findings of the report, the senior director of McAfee India, Venkatasubrahmanyam Krishnapur said that in a celebrity crazy country such as India, cyber criminals find it very lucrative to use the names of popular figures as keywords to lure people to websites with malicious software.

“This year’s study found movie stars top the most dangerous list, while sports stars and politicians are among the safest,” he said.

Fans looking for results on search engines using strings such as “name of celebrity” combined with words like “free downloads”, “hot pictures”, “screen savers” and “videos” are at risk of running themselves into websites with malicious software and online threats designed to steal personal information.

“Consumers should be particularly aware of malicious content hiding in tiny places like shortened URLs (uniform resource locators) that can spread virally in social networking sites, or through e-mails and text messages from friends,” she added

The study for “Most Dangerous Celebrity” used the McAfee SiteAdvisor site ratings which indicated the sites that were risky to search for celebrity names on the web and calculated an overall risk percentage.