Shimla: With industry bearing the brunt of pour outages, especially during winter months, the government has opened the doors for industrial houses to buy power from private sector besides what was available from the state electricity board. 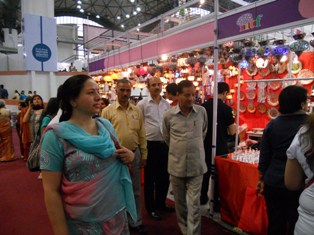 Speaking at â€˜Himachal Diwasâ€™ day marked at the International Trade Fair â€“ 2011 at Delhi, industry minister Kishan Kapoor said that entrepreneurs investing in the state could procure power from the private sector within the state or from other states.

Industrial units would be allowed to purchase power from these sources and the state government would provide its power grid lines for transmission. However, he did mention that the state had surplus power and was providing 24 hours uninterrupted supply.

The government had a identified land bank of about 30,000 kanals, mainly in Kangra, Una and Solan districts that could be put to industrial usage, he said.

For improved transportation, an inland container being set up at a cost of Rs 55 crore at Baddi-Barotiwala would become operational next year, said the minister.

A trade center at Baddi, where textile and consumer units as well others could display their products was also in the pipeline. He said Rs 11 crore was being spent on the state of the art trade center.

Kapoor also said that Gas Authority of India had agreed to supply piped commercial and domestic gas in Baddi-Barotiwala-Nalagarh industrial area. The gas supply would also be extended to Nangal and Bharatgarh, he added.