Manali : It was 11.11.11 and the thick blanket of snow covering the hills above this picturesque town in Himachal Pradesh made it all the more perfect for tourists looking to make this a memorable day. 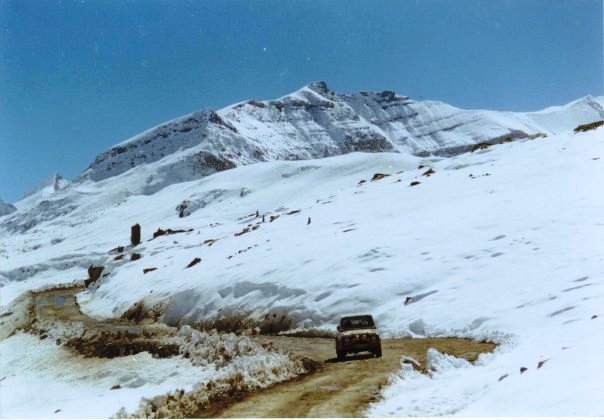 “The hills overlooking Manali, including the Solang ski slopes, have been experiencing mild to moderate snow,” a met department official said.

The Rohtang Pass, located at an altitude of 13,050 feet and 52 km from here, has accumulated a fair amount of snow.

“There are chances that the hills would experience a mild spell of snow Friday too,” he added.

As news of the snowfall flashed in the plains, tourists started descending on Manali.

“We are hopeful of getting a record footfall this weekend. A good number has already started arriving after snow in the higher reaches,” Manali District Tourism Officer Balbir Thakur said.

“The white hills are a charming sight,” Abhilasha Singh, a tourist from Delhi, remarked while watching the peaks from Manali.

“The higher reaches in Kinnaur, Lahaul and Spiti, Kullu and Chamba districts witnessed moderate snowfall during the past 24 hours. Such conditions would continue,” the official added.

Manali Friday recorded a low of 9.4 degrees Celsius, while it was 13.1 degrees at Shimla, 7.5 degrees in Kalpa, and 13.7 degrees in Dharamsala.
IANS