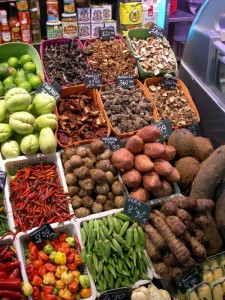 New Delhi : High food inflation, which has reached 12 percent, continues to baffle economists and policymakers alike. But is it really due to a change in the food habits of people — a demand for more vegetables, eggs and milk, as both the prime minister and finance minister have said — or lower supply of consumables? The government is still groping for an answer to give to the people.

Prime Minister Manmohan Singh, at a press conference in Cannes last week, said inflation in prices of vegetables, milk and eggs was due to prosperity and a changing food basket. Finance Minister Pranab Mukherjee said in Mumbai Monday: “The principal reason (for the price rise) is that the demand for eggs, meat, vegetables and milk has increased.”

Food Minister K.V. Thomas, in similar views expressed earlier, said that the production of milk, meat, poultry and vegetables needs to be increased as their changing consumption pattern over the past few years was contributing to food inflation.

“Consumption pattern of milk, meat and poultry and vegetables is changing as compared to previous years,” Thomas said.

Sen, Planning Commission member in charge of food and agriculture issues, said there is a change in people’s food habits, but the National Sample Survey Organisation 2009 data indicates there is not much difference in the rate at which people’s food habits have changed over the past decade.

“There is a change in people’s food habits, but it is slow,” he said.

Sen said he is surprised that good monsoon in the past two years has failed to moderate high food prices.

Battling to curb high prices of essential commodities, which have hit the common man hard, the government has been arguing that while “there was no inflation in foodgrains, rising prices of vegetables, milk and eggs were contributing to food inflation”.

Experts are concerned that high food inflation could spill over to other sectors of the economy and affect the growth targets set by the government.

Sen said inflation is expected to come under control by next month.

The government has also said that increased minimum support price (MSP) for foodgrains has also added to food inflation. Thomas said the government needs to provide better prices to the farmers and hence has to increase the MSP.

The government buys wheat and rice from the farmers at announced MSP and distributes it among eligible beneficiaries through the public distribution system.

In the week ended Oct 22 inflation registered a sharp rise at 12.21 percent — the highest in nine months. Prices of pulses, vegetables and milk and poultry all rose. The week before had seen food inflation logging at 11.43 percent.