Shimla: A change in interest scenario, with banks having offered higher interest rates in fixed deposit schemes, small saving in Himachal have dropped by over 14 percent till October that the state hopes to make up over the next few months as interest rates for small savings stand revised.

At a review meeting presided over by Anil Bhattacharya, director, national saving institute, that is part of central government finance ministry it was disclosed that against a collection of Rs 2313.97 crore till October 2010, the states saving schemes had collected Rs 1979.88 crore till October 2011. 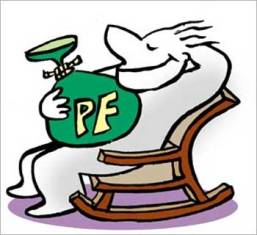 With the state having recorded lesser savings of over Rs 334 crore (14.43%), Bhattacharya said that the union governments decision to increase interest rates by 20 to 145 point basis on various small savings schemes, it would help to increase the overall collection in the remaining period of the financial year.

He added, â€œwith interest rates and period duration of PPF, national saving certificate and other schemes being revised upwards, the small savings in the state are expected to go up and surpass last years amount by close of March.â€

Issues related to marketing of small saving schemes and related training program were also reviewed at the meet which also included the stateâ€™s chief postmaster general.