Los Angeles : US-based Indian origin director Tarsem Singh, who has managed to carve out a niche with his visual artistry in films like “The Cell” and “The Fall”, doesn’t see himself fitting into Bollywood and has seen only one Hindi film in 25 years.

“Am I interested in portraying Indian stories or folk? Yes. But unfortunately what I shoot tends to require a lot of money. If I was writing stuff, I might write for Indian films and right now I think the films I (make) seem like the tail-end of a dying genre,” Singh said in an e-mail interaction.

“I just look at it and say how I can put my DNA into a film that right now is at pulse of pop culture and I don’t think right now Mahabharata’s going to be on the hit list of that pop culture any time soon. So it’s unfortunate,” he added. 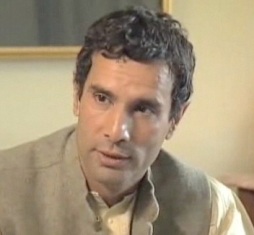 Singh, who went to school at Shimla and spent his formative years in in India, graduated from Art Center College of Design in Pasadena, California. He started his career by directing music videos and commercials of Nike and Coca-Cola.

The 50-year-old says he doubts he will be able to fit into Bollywood.

“I’ve only seen one Bollywood film in the last 25 years. It was by Aamir Khan – ‘Lagaan’. I loved that film and it’s the only (Indian) one that I’ve seen. I have very little to do with Bollywood, but I probably would. I think the person who made the best Bollywood films in Hollywood was Douglas Sirk. I’d rather do one here. If I go back, I don’t know if I’d fit in,” said Singh.

For Rourke’s character, Singh took inspiration from Raavan from Indian epic the “Ramayana”.

“I’ve been an atheist since I was nine years old. And my mom is really religious, so we have a strange relationship. But if my mother was right, what would be the reason that the gods could let anything bad happen in the world? The seed of the film came from there,” he said.

“So mythology or religious texts I wasn’t familiar with any. However if I was to really pin point an Indian inspiration, then it’ll be Mickey Rourke’s character King Hyperion that resembles Ravana from the epic ‘Ramayana’. I did actually show him some clips of the character just to give him the idea of what sort of savage intensity I was looking for,” Singh added.

Singh is all praises for actress Freida who plays Phaedra.

“When I met Freida, I just said, she’s it. She’s phenomenal looking. She’s very dedicated and a real professional. She felt like the most natural part of the movie for us. There was no question that we wanted Freida Pinto,” he said.
IANS