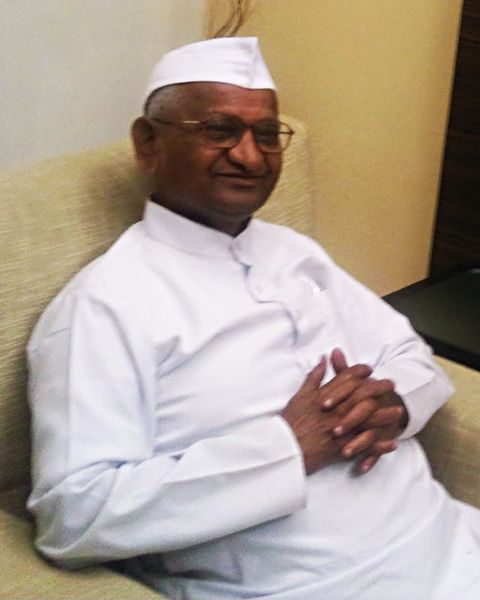 Ralegan Siddhi: Announcing that his core team will be revamped, Anna Hazare Sunday said the committee will be expanded to 50 but would only include members with a “clean background”.

“The core team will be revamped and shall have 50 members from all walks of life,” he told reporters here after a meeting of the core team.

Hazare said a code of conduct will be framed for the new core committee and a background check conducted before any new members are inducted. Also the activities of the new members will be strictly monitored after their inclusion.

Meanwhile, the anti-corruption activist demanded that the Central Bureau of Investigation (CBI) be made an independent body, saying that it is necessary that the agency is free of government control.

He also said that he will work towards empowering and strengthening of Gram Sabhas which is also his aim alongside a corruption-free nation.

Reiterating that he was not anti-Congress, Hazare said his team will support the ruling party if they bring in the Jan Lokpal Bill. He, however, criticised the party-led United Progressive Alliance government for trying to weaken the Lokpal Bill by proposing to introduce five different bills aimed at tackling corruption.

Asked about Swami Agnivesh, who has expressed his desire to apologise to him and rejoin the team, Hazare said the decision over the matter will be taken later.

Hazare had said Saturday that there is no harm in talking to Agnivesh and that he will think about it.

Agnivesh had expressed a desire to apologise to Hazare on reality television show Bigg Boss 5 and said that he would visit Hazare at his native village after he made an exit from the show.

He was estranged from Team Hazare after a video posted on YouTube exposed him as having passed comments about the activists against corruption led by Hazare.