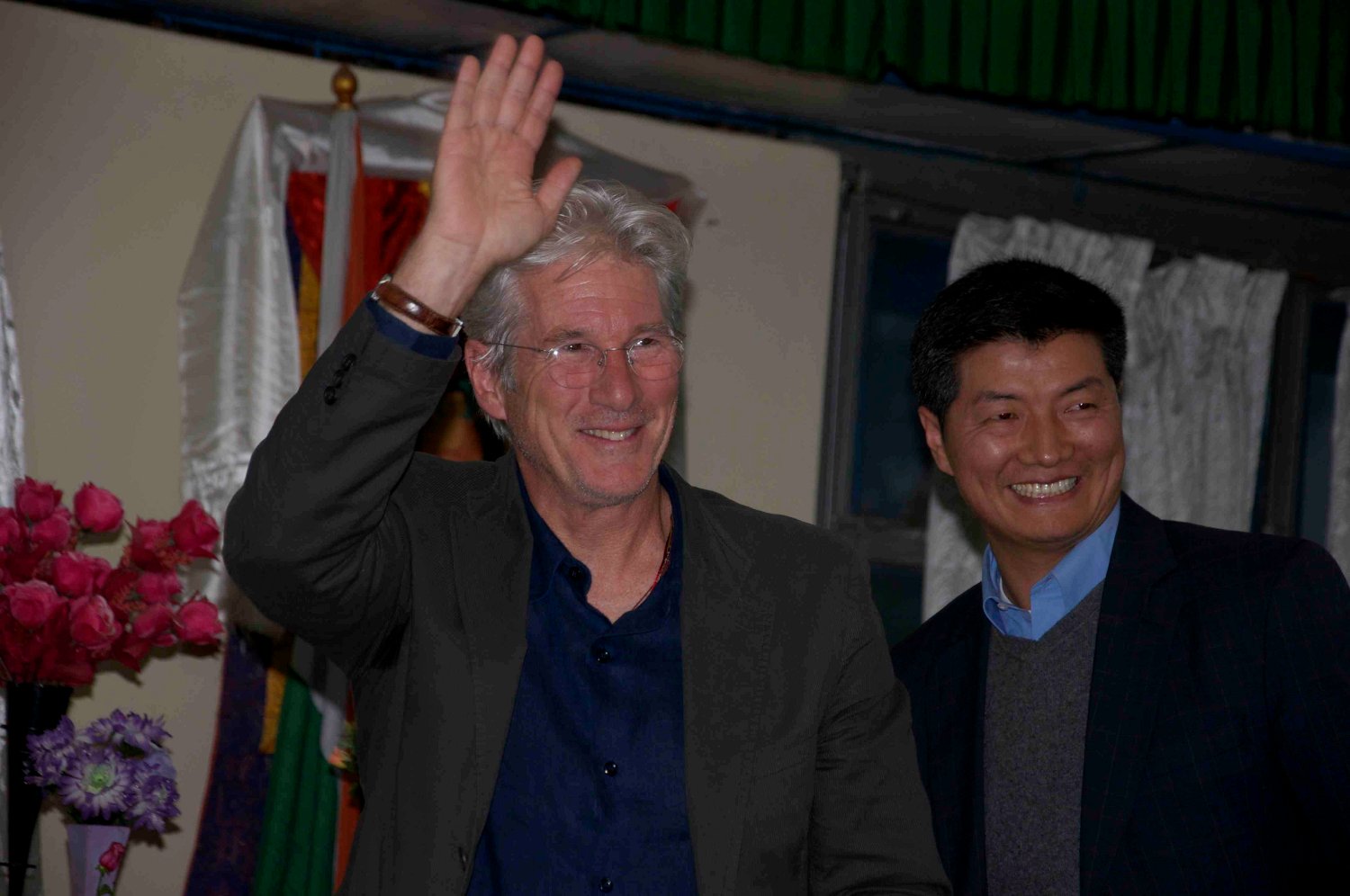 Dharamsala : Trusted old friend of the Tibetans hollywood star Richard Gere flew into the hill town of Dharamsala in northern India to meet the top brass of the Tibetan government-in-exile .

Prominent refugees at the Gankyi stadium in Dharamsala gave the actor a thunderous applause as he walked in to address the gathering late Tuesday . He was flanked by Lobsang Sangay , prime minister of the Tibetan governmentâ€“in-exile .

Recounting how he came into contact with the Tibetan cause , Gere said his curosity and quest for happiness landed him in Kathmandu in 1970 .

â€œAfter reading John Avedonâ€™s â€˜In Exile the Land of Snowsâ€™ the book raised my passion to go to Dharamsala to know more about Tibet ,â€ he recalled .

â€œIt struck me very deeply when the Dalai Lama told me that the Tibetans need help help from him and other Western friends,â€ Gere said .

He said Tibetan people have won deep and heartfelt friends across the world for contributing greatly through their rich culture and religion .

â€œWe consider you the best of who you are .We can never repay what the Tibetans have contributed to the world,â€ he said .

When asked about changes in the Tibetan movement he said it was of paramount importance to keep the community united .

â€œThe hearts of the Tibetans have remained unchanged .The three generations of Tbetans have done very well, especially in education and health ,â€ he added .

He then said the failure is actually in Tibet .So we should try to improve the lives of Tibetans in Tibet that is the challenge .