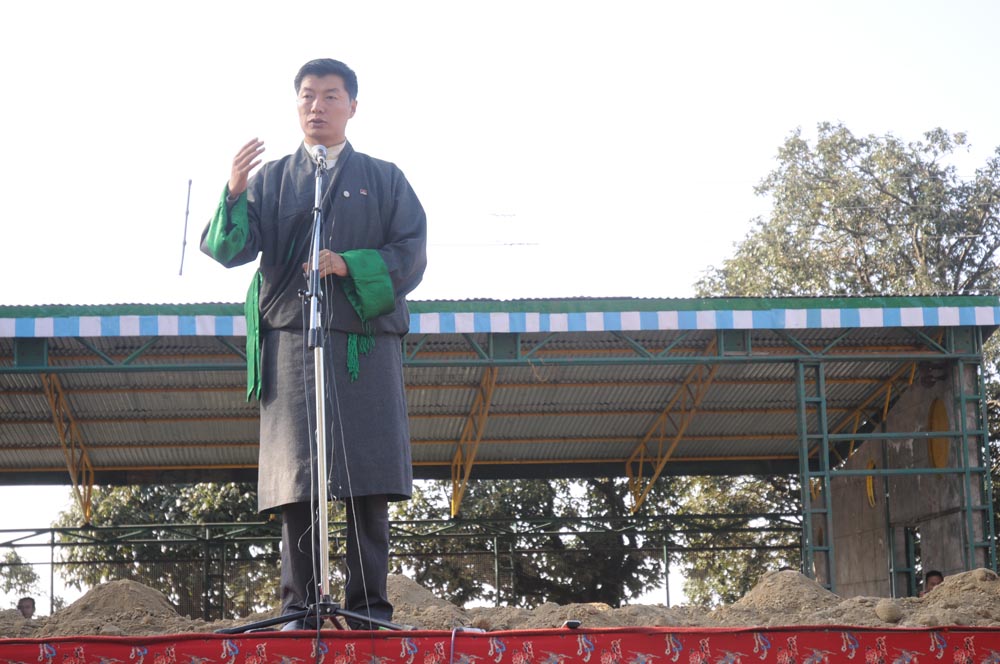 The soil was smuggled out of Tibet and brought to Dharamsala by Tibetan artist Tenzin Rigdol for the exhibition called â€˜Our Land Our Peopleâ€.

Sangay said, â€œIt has been the dream of many Tibetans to return to Tibet and set foot on Tibet’s soil. Many have passed away with that wish unfulfilled. Today, I am stepping on this soil as a gesture of our struggle to reunite with our brothers and sisters in Tibet.â€ 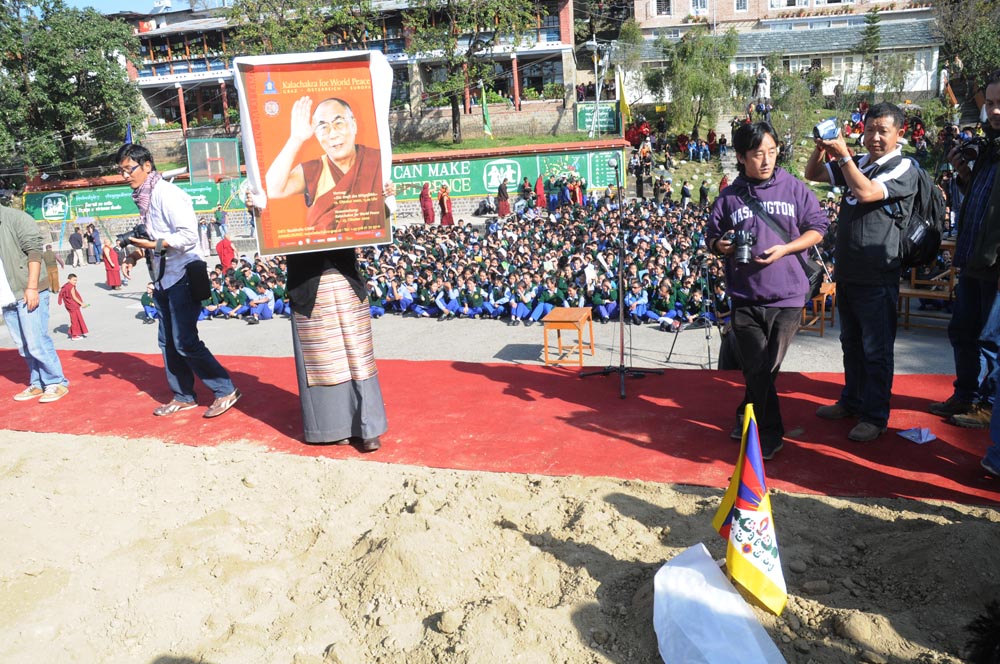 The event also featured a TIPA artist’s flute rendition of Dentsig Monlam (prayer of truth) composed by the Dalai Lama and a group performance of the song, â€œLets return to Tibetâ€ by the Tibetan children’s village.

Monks from Kirti monastery in Dharamshala also held a prayer vigil for those Tibetans who sacrificed their lives for Tibet in the recent months.

The exhibition was held at the basket ground of the upper TCV school and more than 1,000 people, including staff and students of the school as well as general Tibetans from all walks of life, attended the exhibition.

Sangay lauded the efforts of the artist to bring the soil to Dharamshala and added that the soil carries a tremendous amount of sentimental value in every Tibetans’ heart and soul.

Artist Tenzin Rigdol in his address, thanked the audience for coming to the exhibition and added that it has been his father’s long cherished dream of returning to Tibet and stepping on Tibet’s soil. But his father passed away before fulfilling the dream. Hence, he conceived the idea of bringing the soil to India.