Shimla: Creation of new districts, an issue that much heat and dust about a decade ago, has been stoked again with some leaders saying that smaller administrative units brought about effective administration while others rejecting it as a political gimmick.

â€œStatement of some BJP leaders about breaking up Kangra, the largest district in the state,â€ says senior congress leader GS Bali, â€œto carve smaller districts, when the government has just one year of its term left is suspect.â€

â€œRuling party members are trying to dole out carrots to a faction ridden BJP cadre, before the election â€“ something they did earlier also in 2001-2002,â€ Bali let Hill Post know.

He said that in response to a question in the Vidhan Sabha, about any plans for creating new districts, chief minister Prem Kumar Dhumal had replied in the negative.

Any such now must be with ulterior motives, for if the intentions were above board, new district should have been made much earlier, he added. 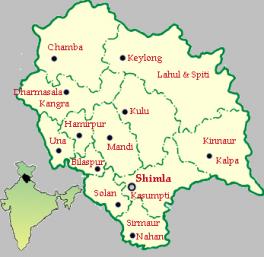 He said, â€œDehra region of Kangra district was highly underdeveloped and had got a raw deal from both congress and BJP leaders. It has a case for being made into new district.â€

He added the whole issue of new districts needed a new look entirely.

The issue proved too hot to handle as regional aspirations for new districts reached a crescendo and the plan had to be shelved.

With the intention of settling regional imbalances, the Virbhadra Singh led congress government that followed (2003-2007) constructed a new Vidhan Sabha building at Tapovan in Kangra for holding of winter sessions but did not revisit the issue of creating new districts.