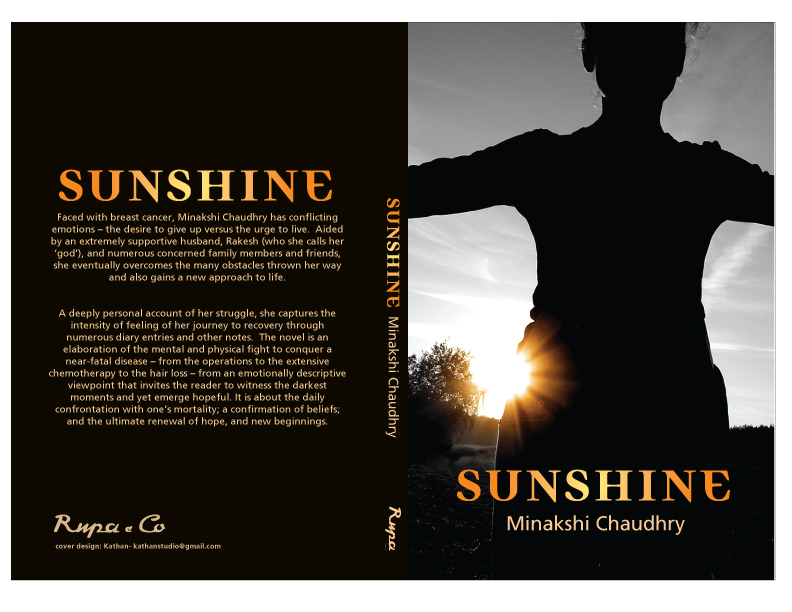 Shimla : Sunshine : My Encounter With Cancer , is the latest book of Minakshi Chaudhry describing her struggle and eventual triumph over breast cancer , the author told the Hill Post , Sunday .

A deeply personal account of her struggle the author captures the intense experience of her journey to recovery through numerous diary entries and notes .

The Shimla based author says she invites the reader to witness her darkest moments and yet emerge hopeful .

The book was released Monday in Shimla by the Himachal chief minister P.K.Dhumal. Published by Rupa and priced at Rs 195 the proceeds from the book will be used for the cause of preventing and curing cancer through SEWA trust , Shimla .