According to the Telecom Regulatory Authority of India (TRAI), the wireless user base grew 0.86 percent during the month with an addition of 7.34 million subscribers, from 858.37 million in July. 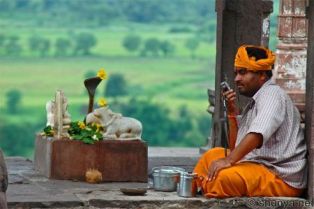 With this, the total number of telephone subscribers, including landline holders, touched 899.78 million, registering a growth of 0.81 percent.

However, of the total 865.71 million wireless subscribers, only 608.63 million subscribers were active subscribers on the date of peak visitor location register (VLR).

VLR is a temporary database of the subscribers who have roamed into the particular area, which it serves. Each base station in the network is served by exactly one VLR, hence a subscriber cannot be present in more than one VLR at a time.

The total number of subscribers of Idea Cellular stood at 98.44 million.