Shimla: Used to getting jobs done through contracts, government department assigned budgets under rural employment guarantee schemes have failed to use marked funds whereas job card holders in the countryside are making the best of what is available.

Government documents showed that of the Rs 880 Cr funds available under MNREGA for Himachal in 2010-11, ten line government departments under the flagship program had spent only Rs 15.57 Cr till September. 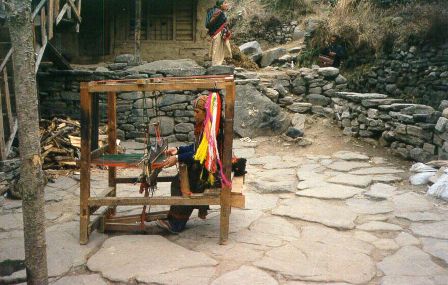 Besides a spillover of Rs 16.9 crore funds from last year, these departments which include forests, IPH, PWD, agriculture, horticulture, police, sericulture, fisheries, animal husbandry and youth services have been allocated Rs 420 crore for the current fiscal year.

A senior official, without wanting to be identified, pointed out at this pace this amount would never be utilized because spending mere Rs 15.57 Cr of the available Rs 437 Cr for the year was just 3.56 percent.

Without commenting on the schemes of government departments that to be completed by using MNREGA funds, SKBS Negi, principal secretary rural development said that there were 10.70 lakh households with job card in the state and upto 12th October as many as 3.05 lakhs households had been provided employment by the rural development department by taking up works in panchayats.

Of the total available MNREGA funds of Rs 443.64 Cr available with districts for rural development as much as 182.53 crore (41%) had been spent, he said.

Negi said that much of the expenditure under the flagship program was being made for rural connectivity, water conservation, affrorestation and flood control project.

With rural development department being the nodal agency to execute the program, Negi refused to comment on laggards among other government departments mandated with engaging MNREGA job card holders for under taking development works.