Dehra Dun : A trip to the four dhams of Uttarakhand â€“ Yamnotri, Gangotri, Kedarnath and Badrinath â€“ may give one salvation or cleanse the body of the sins, but enroute to them, one could get any serious infection, courtesy the adulterated food sold along the route.

This is despite the fact that the state has a specialist to examine the food products and other edibles being sold, but apparently the health of the â€˜aam aadmiâ€™ is neither the concern of the health department, nor the food and civil supplies department and nor of the state government for that matter. 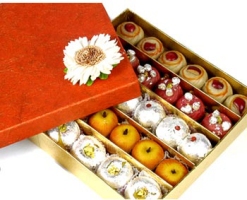 With the festive season just about peaking, hardly any efforts have been made by either the concerned authorities that be or the government to launch a drive of taking samples of various edibles, specially sweetmeats the sale of which goes up sky high during the Dewali.

The Society of Pollution and Environmental Conservation (SPECS) undertook a sample study of edibles and food products sold in 90 cities and hamlets of Uttarakhand. As many as 2485 samples were collected and it was found that as many as 1942 samples were adulterated, which is about 78 per cent.

It is not only corruption right from the top to the bottom, bureaucrat to babu, that is eating into the very health of this tiny mountain state, but adulteration has also reached an all time high, courtesy the government that does not work and an administration content in filling its coffers rather that delivering to the people.