Washington: The Sikh holy city of Amritsar in India will join the Green Pilgrim Cities Network aimed at greening pilgrimage to be launched in Assisi, Italy, from Oct 31 to Nov 2, according to EcoSikh.

The event is organised by the Alliance of Religions and Conservation (ARC) in association with the Worldwide Fund for Nature (WWF) and will be chaired by its head, Prince Philip of Britain, the Washington based EcoSikh organisation which coordinated the Sikh participation said.

The Green Pilgrimage Network will help the faiths make their holy cities and sacred sites as environmentally sustainable as possible according to their own theologies and understanding. 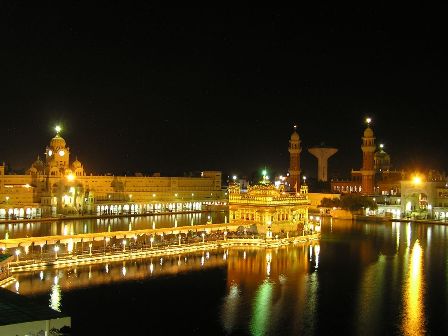 Ten faith traditions have nominated pilgrim cities or sacred sites to become founding members of the Green Pilgrimage Network, ranging from Louguan in China for Daoists to St Albans in Britain for Anglicans and Amritsar for the Sikhs.

The city authorities of Jerusalem, a major pilgrimage destination for three faiths – Judaism, Christianity and Islam – will join the network to green the city for all pilgrims. In addition, Dwarka is also joining from India.

EcoSikh said it worked with the Shiromani Gurdwara Parbandhak Committee and the Punjab government to make Sikh commitment to make Amritsar an environmentally friendly city.

EcoSikh president Rajwant Singh said: “This is a great opportunity for Sikhs to show to the world that we are committed to save mother earth and this will start with our concerted action in Amritsar.”

Some 90 delegates from around the world representing all the major faiths would attend the Assisi event.
IANS