Shimla: Having overcome bad geology, delays and gone into cost overruns, the 192 MW Allian Duhangan Hydropower project in Kullu valley is targeted for completion by March, 2012.

Talking to Hill Post, OP Ajmera, CEO Malana Power Co, a subsidiary of the Bhilwara group that is executing the project said that during construction, extremely bad geology was encountered while tunneling for diverting the Duhangan stream.

â€œIt was literally inching our way for excavating a four and a half kilometer long tunnel that now stand excavated. Concreting and giving finishing touches to the tunnel are being done. By end of March it would be ready and the whole project would go on stream,â€ said Ajmera.

The plant which is based on twin streams of Allian and Duhangan is already operational with the first phase turbine of 96 MW capacity that uses waters from the Allian stream standing commissioned. 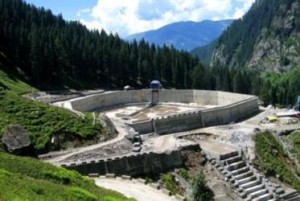 Delays in tunneling for harnessing the Duhangan stream through bad Himalayan geology have led to a delay of about two years in completing the whole project.

The project that took off in 2003 was initially estimated to be completed be end of 2008 at a cost of Rs 992 crore. However, the plant is now expected to be fully operational by June 2012 with an estimated cost of Rs 2000 crores, making it one of the costliest hydropower projects executed in Himachal Pradesh.

Speaking about other difficulties encountered, Ajmera said that the onus of laying of a 175 Km transmission line upto Nalagarh grid station that fell on us for evacuating the generated power also delayed schedules.

Emboldened by having successfully executed the second hydropower project, the company has drawn up plans to take up larger projects.

â€œWork on executing the 780 MW Nyanjangchu project in Aurnachal Pradesh and the 120 MW Likhu project in Nepal would start soon, said Ajmera.

The Bhilwara group which started with textile units from Rajasthan, five decades ago, made it foray into hydropower in 1993 and executed the first 86 MW Malana project in 2001.

Allian Duhangan, which happens to be a 100% subsidiary of Malana Power Corporation has been partially funded by International Finance Corporation (IFC) which is part of the World Bank group.