Srinagar: The Asian Development Bank (ADB) has agreed to fund a Rs 350 Crore project for constructing two flyovers in the two capital cities of Jammu and Kashmir, an official communique here stated today. 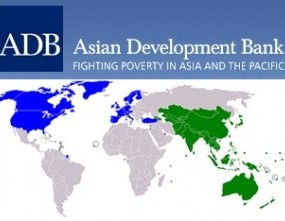 â€˜A joint team of the union economic affairs department (of the finance ministry) and ADB agreed, in principle, to give loan for the twin flyover projects at a meeting with the Chief Minister, Omar Abdullah, here Saturday morning,â€™ the statement said.

Out of the two proposed flyovers, one will come up in the busy Jahangir Chowk in Srinagar and the other at the Bikram Chowk in Jammu.

Omar Abdullah had taken up the issue of inclusion of these projects under ADB funding with union Finance Minister Pranab Mukherjee.

According to the statement, Mukherjee had sent a joint team of the department of economic affairs and ADB to study the proposals.

â€˜The team briefed the chief minister about their discussions with the state chief secretary, the CEO of the Economic Reconstruction Agency and other senior secretaries regarding the projects, and expressed their agreement in principle to include these projects in the loan-II of ADB,â€™ the statement said.

Traffic jams at the two crossings occur almost as a routine, halting vehicular movement in these cities for many hours and resulting in great inconvenience to the people.

â€˜The construction of the flyovers will release the pressure of traffic at these two main intersections in Srinagar and Jammu,â€™ said a senior official of the traffic department here.