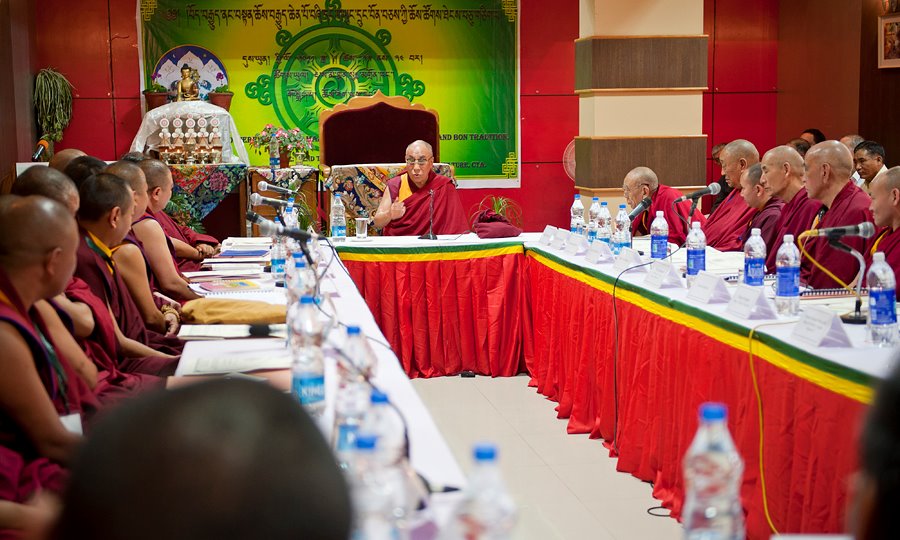 Dharamsala : Tibetan spiritual leader the Dalai Lama says he will decide his successor when he turns 90 years old, thereby putting to rest the debate about China nominating his successor .

â€œWhen I am about 90 , I will consult the high lamas of Tibetan Buddhism and Tibetan people whether the institution of the Dalai Lama should continue or not . On that basis we will take a decision ,â€ the 76 year old Dalai Lama said Saturday in this northern Indian hill town , in the state of Himachal Pradesh .

â€œIf it is decided that the reincarnation of the Dalai Lama should continue and a 15 th Dalai Lama is to be recognised the concerned officers should carry out the procedures of search and recognition in accordance with the past tradition,â€ he said .

He cautioned China , â€œI shall leave clear written instructions about this.Bear in mind , a reincarnation can be recognised only through set legitimate methods , no recognition or acceptance should be given to a candidate chosen for political ends by anyone , including those in China.â€

â€œReincarnation is a phenomenon which should either take place through voluntary choice , his or her karma , merit and prayers . So a person who reincarnates has the sole legitimate authority over where and how he or she takes rebirth and how that reincarnation is to be recognised,â€ he said.

â€œIt is particularly inappropriate for Chinese communists , who explicitly reject even the past and future lives , let alone the concept of reincarnate Tuluks , to meddle in the system of reincarnation of the Dalai Lama,â€ he added .

â€œSuch brazen meddling contradicts their own political ideology and reveals their double standards . If this continues in future it will be impossible for Tibetans and followers of Tibetan Buddhism to acknowledge or accept it.â€