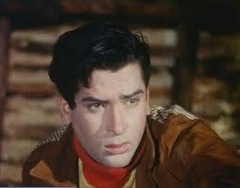 Most people probably donâ€™t know that Shammi Kapoorâ€™s most famous song,a song that has probably immortalised him, â€œyahoo—–koi mujhe junglee kahe—-yahoo !â€, was not picturised in Kashmir but on the snowy slopes of Kufri, a ski resort close to Shimla in Himachal Pradesh.

It remains one of hindi cinemaâ€™s most energetic and passionate songs and could not have been sung(acted) better by anyone but the inimitable Shammi.The playback song was sung by Mohammad Rafi.

Shammi Kapoor who passed away Sunday in Mumbai, in a recent interview had talked about going to Gulmarg in Kashmir with the entire film unit of Junglee but there was very little snow in the valley that year.

â€œSo the unit moved to Kufri and there was so much snow here and we shot the yahoo song here,,â€ Shammi said in a recent interview.

The entire yahoo song was shot here with Shammi yelling like a madman and the pretty and dainty Saira Banu by his side. Both rolling and diving liberally on the snowy slopes of Kufri, even though in the film it was shown as Kashmir.