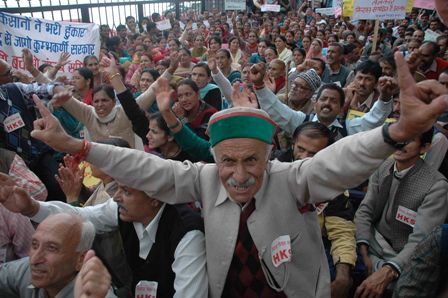 Earlier the demonstrators held a protest march from the Panchayat Bhavan to the Vidhan Sabha.

Among other issues, the farmers are demanding support price for vegetables, setting up vegetable based industries, improving infrastructure like setting up cold storages, vegetable growing being brought under horticulture activities and extending insurance cover to vegetable growing.