According to one Mohd Ali of Kaksar Captain Sourabh Kalia had a good relation with the people of Kaksar and used to interact with the locals frequently.

Later on from the year 2006 the Event was organized by SEWAK in Collaboration with the 121 Infantry Brigade of the Indian Army and this Year 22 Teams of Shingoo Valley from Drass upto Hardass Participated in the Tournament.

On this Occasion the GOC 8 Mountain Division Major General Rajeev Bhalla was the Chief Guest and Brigade Commander SK Shawney of 121 Infantry Brigade was the Guest of Honour. 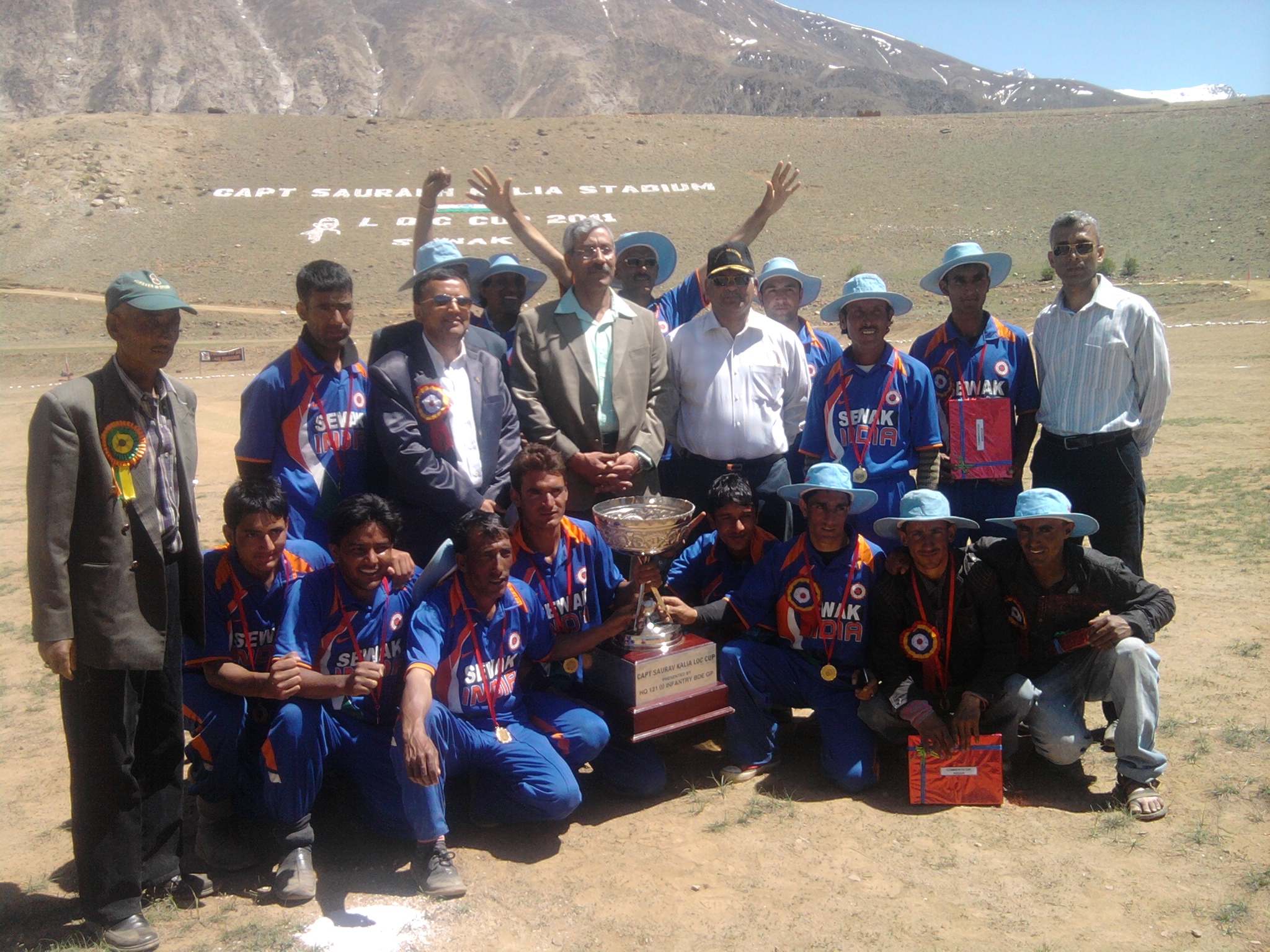 While Talking on this Occasion the GOC told that the purpose of organizing this Tournament on the LOC is to show the world, the relation between Jawan and Awam and that the people alongside the LOC in India are enjoying their life with the army. He congratulated both the teams for reaching to the Finales of the Prestigious Memorial Cup and said that sports are important to build up leadership traits in a person and to develop team spirit among youths which will help them in their future life.

While interacting with our correspondent Mr Bhalla said that Indian Army is at vigil along the LOC and there is no chance of any kind of Infiltration along LOC in J&K.

On this Occasion Ajaz Hussain Munshi Vice Chairman SEWAK also interacted with the People and thanked Major General Rajeev Bhalla and appreciated the role of Army in the development of Kargil in all field including Sports.

On this Occasion Prominent Citizens, Officers of the Army and Thousands of People from Shingoo Valley were also present.