Shimla: To oversee an ambitious Rs 428.22 crore Tourism Infrastructure Development Project in the state, Asian Development Bank (ADB), who are funding the project, would soon be opening a â€˜Project Management Unitâ€™ office at Shimla and a â€˜Project Implementation Unitâ€™ at Kangra. 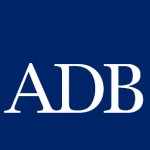 Chief minister Prem Kumar Dhumal made the announcement today after holding a high level meeting with ADB executives here today. The large tourism project is to be executed over the next four years, he said.

A tripartite agreements between HP, the union government and ADB would soon be signed before execution of the project begins, he said.

Under Project â€“ I, nine sub-projects consisting of 20 contract packages were to be implement while under the second tranche the sub-projects would only be submitted by 2012 for financing purposes, said the chief minister.

Director tourism Arun Sharma said that several rounds of meetings had been held with the visiting ADB Mission to finalise the bid document, setting up of project management unit and project implementation unit, expression of interest for project management consultant, design and supervising consultant and preparation of sub-projects.

â€œThe state machinery had fully been geared up to take on the execution of the project within the allotted time frame,â€ he said.

Atsesushi Kaneko, Senior Urban Development Specialist ADB said that ADB was keen to start the execution process on priority. He also apprised the chief minister about the popularity of Himachal among Japanese tourists.