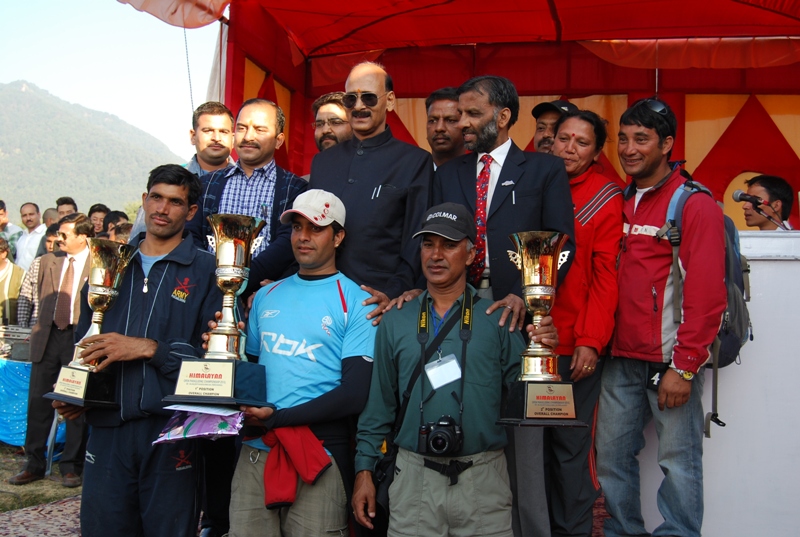 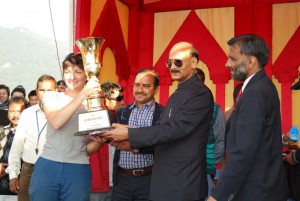 The Women Category was swept away by Russian pilots, wherein, Veranian Anstasiia walked away with the first and Zhuravlovya Maria with second prize of Rs. 10,000 and Seven thousand correspondingly, along with mementos.

The final result of Novice category was assessed as per â€˜Accuracy Landingâ€™ within the marked zone at the landing site.
Amit Sangrai, Shiv Chand and Jigmi Bhutia all from India were ranked at top three positions with cash prize of rupees five, three and two thousand and a trophy each.

In â€˜Tandem Accuracy Landingâ€™ Category, Kush and VishalThakur bagged the first position, Samsher Singh and Jeeva Thakur
were ranked second and Surinder Kumar with Surinder Kumar as his co-pilot hanged on to third position with cash prize of 10,000, seven and five thousand and mementos respectively.

Ravinder Singh Ravi, Irrigation and Public Health Minister, while speaking on the closing ceremony of the four-day long
Himalayan Open Paragliding Championship, 2010, at Bir, in district Kangra, said that it was a matter of pride that such a large number of participants took part in the event and the Department of Youth Services and Sports deserve all kudos for organizing the event successfully.

He said that the State Government is keen to develop appropriate sports infrastructure for adventure sports in the State as State had one of the worldâ€™s best site at Bir to host such events. He said that the paragliding was started in the year 1988 initially, but had gradually gained popularity after the hosting of pre-world cup in the year 2002-03 and 2008. 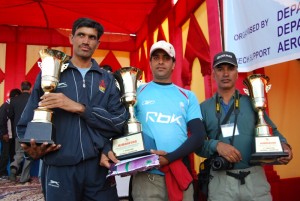 He said that the Government, under the dynamic leadership of Chief Minister, Prof. Prem Kumar Dhumal was putting best efforts to boost water-sports and other adventure sports in the State. The Maharana Ranjeet Sagar Dam, Pong dam in district Kangra were the two sites at present where water sports were being carried out. He saidthat the efforts were afoot to develop water sports site near Dhaula Sidh power project which would provide an opportunity to the local youths
for self-employment.

The minister said that at present the Atal Bihari Vajpayee Institute of Mountaineering and Allied Sports at Manali and Regional Sports Centre at Dharamsala were providing training to local youth in hiking, trekking and mountaineering.