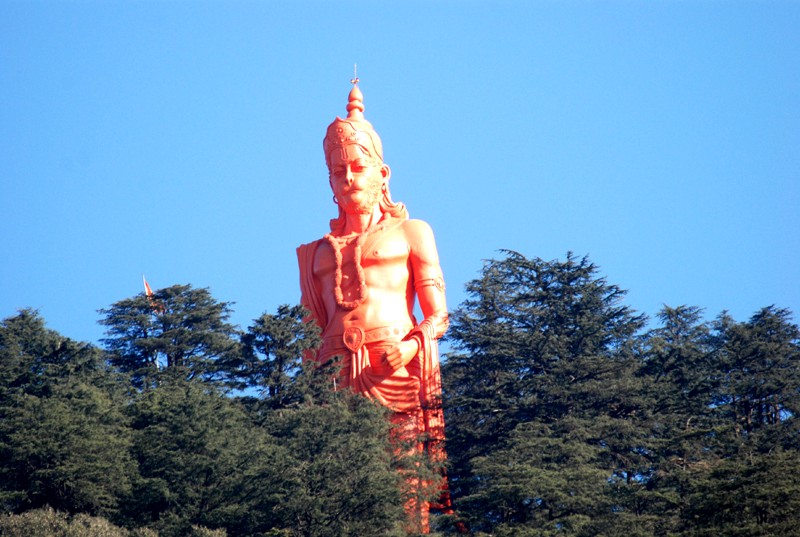 Speaking on the occasion, the chief minister narrated to story Jakhoo Hillâ€™s association with Hanuman, who had set out in search for the elusive Sanjeevani Booti, for treating a wounded Lord Laxman while the battle for Lanka was being raged.

Local legends hold that after Hanuman failed to find the lifesaving herb, he carried the whole hill and enroute to Lanka, the monkey god is said to have rested atop Jakhoo for awhile.

The statue gifted by Nanda Trust at such an important place was a befitting tribute the devotees of Lord Hanuman, said Dhumal. 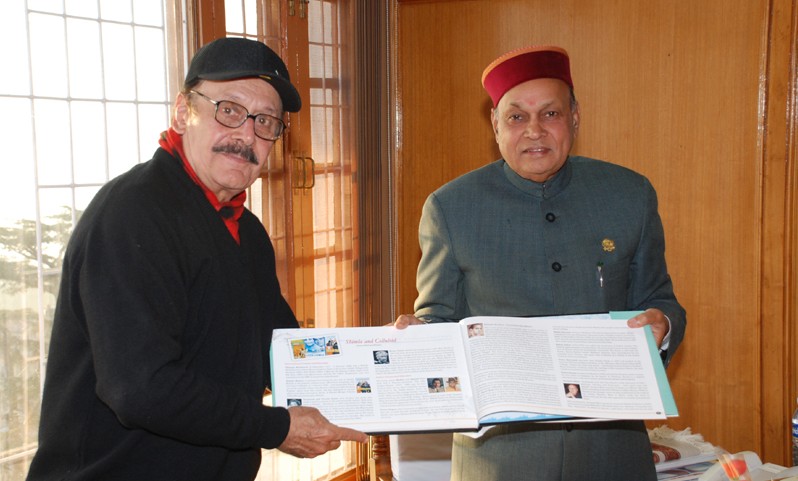 On the occasion, the chief minister mentioned the stateâ€™s efforts to promote heritage tourism. The well documented â€˜Har Ghar Kuchh Kehta Haiâ€™ is a well documented book recording the historical importance of many heritage buildings in Shimla, he said.

The genre was being expanded to include rural tales in the compilation of â€˜Har Gaon Ki Kahaniâ€™, which will document interesting village stories from all over the state.

Newer generation of those whose forefathers had served in India and stayed in Shimla are always curious to come looking for the buildings, the localities and townships their ancestors have been associated with, he added. 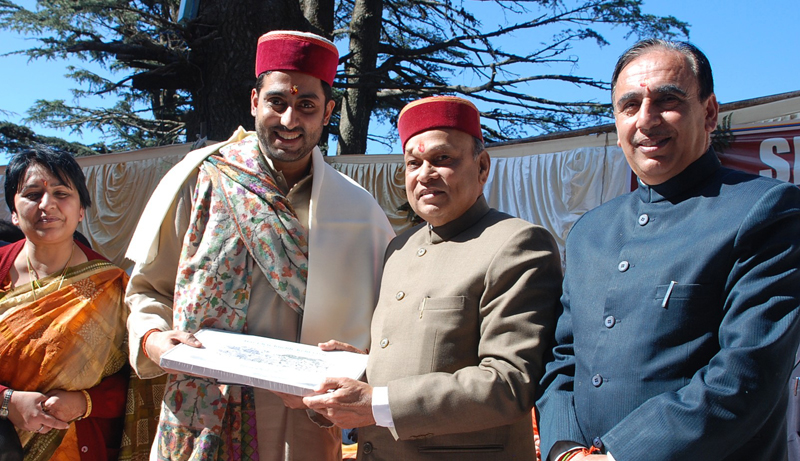 The junior Bachhan, his sister Shweta Nanda and veteran actor Parishit Sahni were presented copies of Har Ghar Kuch Kehta Hai book by the chief minister after unveiling of the 102 feet tall statue of Lord Hanuman.

Nikhil Nanda, MD of the Trust said that the project was completed in record time after the foundation was laid on â€˜Hanuman Jayantiâ€™ two years ago. Weighing 1500 tons, the sculpture had been made by Naresh Kumar, a renowned sculptor, he added.