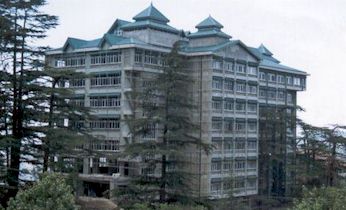 Shimla: Sending out a stern message, the Himachal High Court has sounded out judicial and police officers for misuse of powers over an illegal detention case.

With Chief Justice Kurian Joseph presiding and Justice Kuldip Singh, the division bench on Wednesday while ordering an investigation on the administrative side, quashed an FIR against Anil Menon, a manager with a tele brand company, who was kept in illegal police custody from July 1 to July 20, 2010 by misusing official powers.

The court also directed state home secretary to conduct an enquiry against district attorney CV Acharya and police officers responsible for the incident.

The case under consideration pertained to a television advertisement about selling equipments made by the petitionerâ€™s company.

On basis of the advertisement, in June 2009, mother of complainant Abhinav Sharma booked an order for a vegetable cutter nicer dicer by paying the cost and postal charges through a credit card.

As per the complainant, who is a son a high ranked judicial officer, the parcel sent by the company contained an old magazine instead of the vegetable cutter against which the petitioner company expressed its consent to replace the parcel with the cutter after sending the parcel back.

The complainant, however, got an F.I.R. u/s 420 registered against the company in Solan police station on June 30, 2009 and visited the companyâ€™s office at Mumbai on August 29, 2009 for investigation.

The police officials were given an explanation that the parcel could have reached by mistake due to theft during transit and the company sent the vegetable cutter through police, which was received by the complainantâ€™s mother on September 15, 2009.

However, the police again visited Mumbai on June 29, 2010 and took the petitioner to Solan for investigation into the case.

The petitioner was kept in illegal police detention from 1st to 6th July and on being produced before the court of the Chief Judicial Magistrate on was further remanded to judicial custody upto July 17.

The police filed another application for obtaining further remand, but the CJM but rejected the application and the petitioner bail application applied for on July 6, was fixed for a hearing on July 20 after filing of reply.

The court found that the petitioner was subjected to harassment and unnecessarily kept in police custody due to misuse of powers by the judicial officers, district attorney and police officers, as the complainant was a son of a high ranked judicial officer.